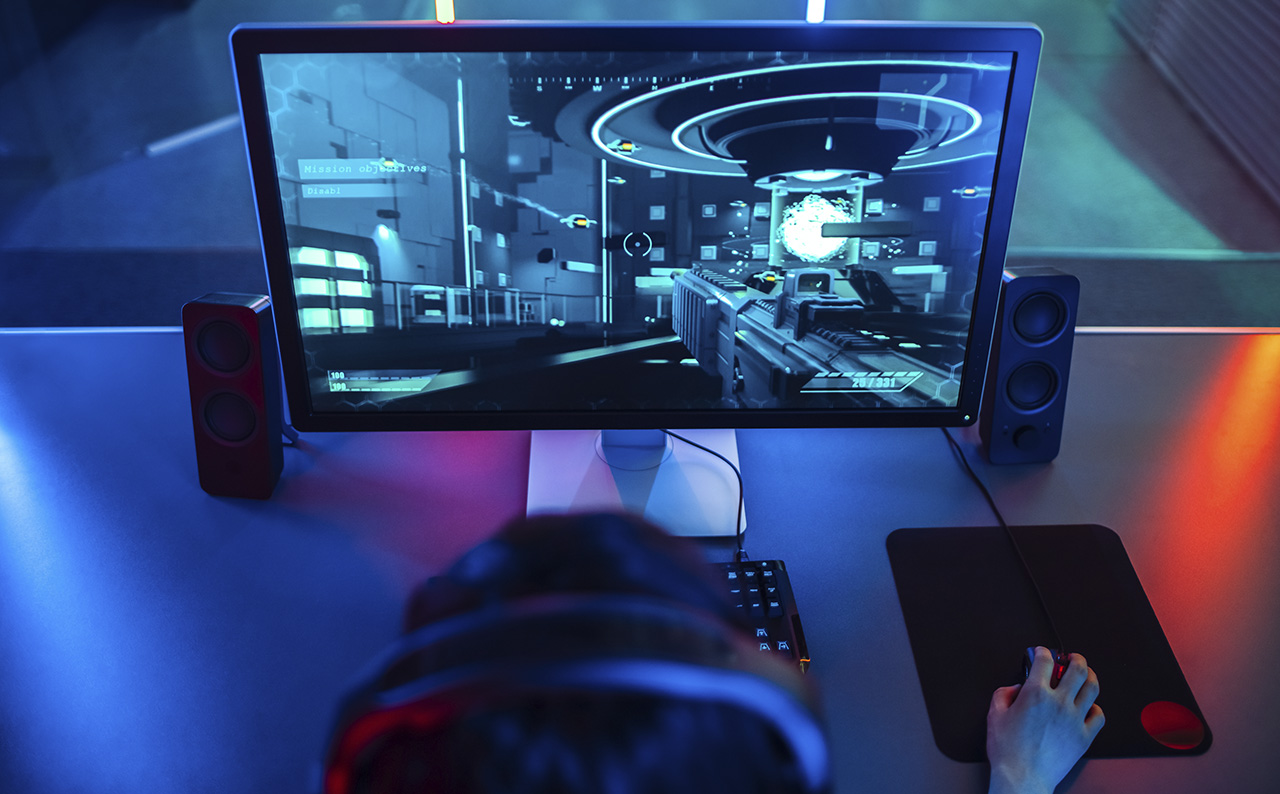 When shopping for a monitor, there are a number of specifications you should look to to make a good choice. This is even more important for those who play on PC, since games require a faster response due to the movements performed with the mouse and keyboard. Learn about 144Hz monitors and others.

Recently, gamer models have started to emphasize the refresh rate of the panels, naming numbers like 144 Hz and 240 Hz, always accompanied by catchphrases and promises of more power.

Gamer models began to emphasize the refresh rate of the panels.

Next, we will show you what this refresh rate is and how it can improve your performance in games, especially if you like competitive games like CS:GO and Apex Legends. We explain how monitors work and the difference between a model with a 60Hz screen and more modern models with 144Hz, 240Hz or higher screens.

Understand the refresh rate of monitors

Although our screens seem to be on all the time, they are always pulsing. The pixels are blinking on and off at a very high rate, giving the illusion that the image is continuous. Until recently, most LCD and LED monitors on the market operated at 60 Hz. This value, expressed in Hertz, indicates how often the image is refreshed per second.

The problem with the 60Hz refresh rate is that faster movements may not be represented well on the screen, making you susceptible to phenomena such as ghosting, image blur, and input lag, which is the delay between entering a command and the response on the screen Screen. Screen.

These artifacts in the picture are not limited to games. There’s an experiment you can try right now: Open a Windows window and slowly drag it across the screen. You will find how difficult it is to read the lyrics during this movement.

You will find how difficult it is to read the lyrics during this movement.

According to data from the Blur Busters website, each screen refresh takes exactly 16.7ms at 60Hz, producing roughly 16 pixels of motion blur for an object moving at a speed of 960 pixels per second. View a photo showing the 60Hz issue below:

To solve some of the above problems, many manufacturers have started developing monitor models with 144 Hz panels. They more than double the number of updates per second, deliver much sharper images and reduce input lag. The time between each panel refresh goes from 16.7 ms to just 7 ms, less than half.

They more than double the number of updates per second.

To understand the usefulness of the technology, imagine the following scenario: you stand by with a sniper rifle while an enemy rushes through a door.

On a 60Hz monitor, your eyes are likely to notice the enemy’s entry into the field of view a little later, in addition to more choppy motion with possible blur. On the 144Hz model, the picture is much smoother and faster, giving the accurate information about the enemy’s position to your eyes.

This was exactly the test conducted by the Linus Tech Tips team and Shroud, one of today’s greatest pro players. At the Dust map door, several pro players tested their reaction times and shooting accuracy as they attempted to shoot a bot that jumped through the crosshairs.

The result was surprising, with an increase in accuracy for all players who tested the equipment, regardless of whether they were trained in first-person shooters or not. Some of the participants more than quadrupled their beats, showing how much easier it was to read motion at 144Hz and 240Hz.

In addition to reducing image blur, 144Hz monitors provide more information to the eyes, improving our response time and ensuring a clear advantage in disputes.

Looking to the future: 360Hz

As you may have noticed, 144 Hz is far from the terminus for the monitor industry. BenQ models focused on competitive gaming are already sold at relatively affordable prices and feature TN panels with a 240Hz refresh rate.

Recently, during CES 2020, NVIDIA, in partnership with ASUS, presented the first G-Sync monitor with a 360 Hz refresh rate, making another leap in terms of quality, response time, and smooth movements. Check it out in the video below:

You can read more about the G-Sync technology of monitors by clicking this link.

Not everything is perfect…

Although this new generation of monitors is capable of displaying an absurd amount of updates per second, that doesn’t mean that all games will magically improve them. First off, your PC needs to be able to run games at high FPS rates, which requires powerful GPUs, whether from NVIDIA or AMD.

Games must also be programmed with unlocked FPS rates. Since many titles are initially developed with a focus on consoles (PlayStation 4, Xbox One and Nintendo Switch), they may not offer this feature – as From Software games have long had.

There is one more point to consider, and that is image quality. Most current 144Hz or higher models use TN (Twisted Nematic) screens. They have a slower response time, allowing for higher refresh rates and fewer blurry images.

They are characterized by the shortest response time.

The downside, however, is image quality, as these panels tend to have a narrower color gamut with less contrast. Another problem is the strong color distortion depending on the viewing angle, especially vertically, when high quality losses occur.

Newer models such as some LGs, Samsung, ASUS and Acer are already addressing this issue by using IPS panels with response times approaching 1ms and combining pixel speed with the image quality of In-Plane Switching technology. Is this upgrade worth it?

If you like playing online competitive games, FPS, racing games, action or other genres with lots of movement, the answer is simple: it is worth investing in monitors with 144 Hz or higher. The difference in image sharpness is noticeable, providing a better view of objects in the scene and targets to be tracked.

Virtually all pro players of Counter Strike and other titles already use this gear and get benefits like:

Again, we emphasize that it takes a good PC to “push” games with good graphics quality at high FPS rates, but the result is definitely worth it. Just keep in mind that the cost of these devices is higher compared to traditional models, which can be an obstacle for some players on duty.

Which can be off-putting for some players on duty.

In addition, it is important to check the picture quality and image resolution on offer, with a Full HD panel with excellent color calibration being the minimum. At this point, it’s important to remember that higher resolution models (like 1440p or 4K) demand a lot more from your PC, especially the graphics card, which has to work hard to enjoy the benefits of gaming monitors.

With these tips, you’ll be ready to look not only for the best model in terms of specs, but also for the model that best fits your pocket. Happy shopping!