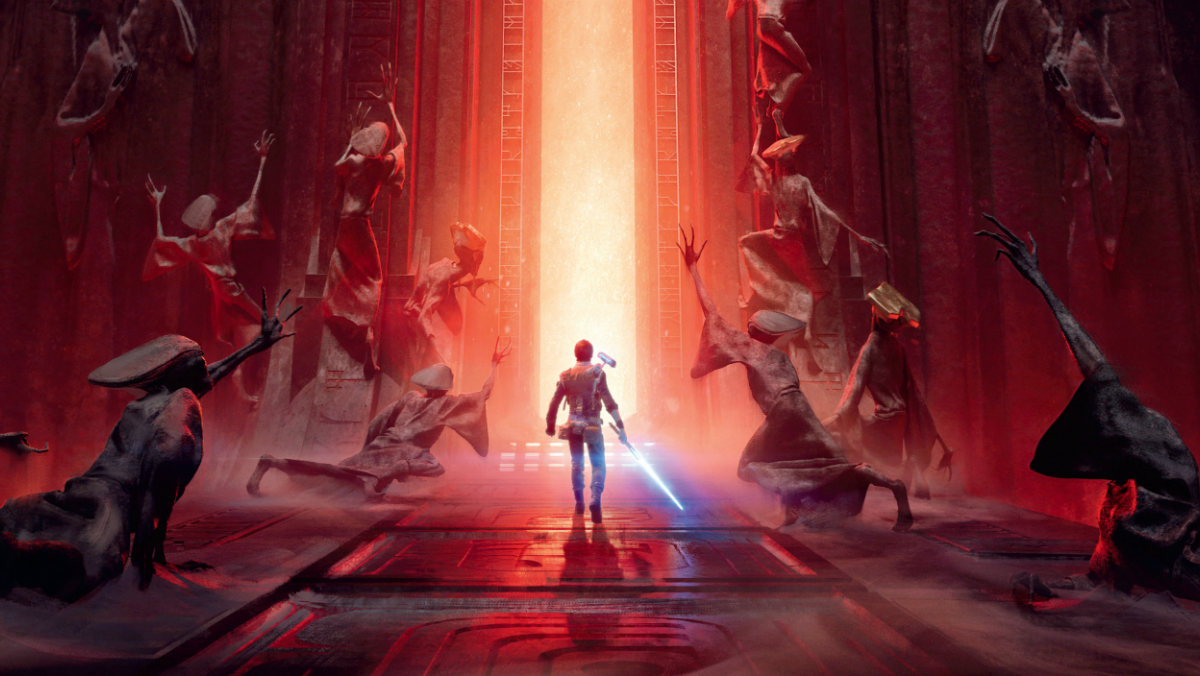 While not on the same difficulty level as games like Dark Souls, Bloodborne, or Sekiro, Star Wars Jedi: Fallen Order has snippets and enemies that can give Padawans a headache for the first time.

Developed by Respawn Entertainment, the game that combines action and combat elements with lightsabers was one of the most acclaimed of 2019.

Today we are going to give you 9 essential tips for those who want to learn how to play this single player game better and smarter.

We’ll comment on the key battle strategies and show you how to get some of the lightsaber upgrades. After that, you’ll be ready to face any Empire or Sith.

1. Learn to respond to various attacks

The first step to improving your SWJ skills is to understand character movements and enemy attack patterns. There are two main types: defensible and not defensible.

The first set of attacks can be parried, deflected, or dodged. The first option is the safest, since it does not require much skill. On the other hand, your stamina bar will be significantly affected. Fend off too many attacks and you’ll soon be exposed.

Think carefully about whether it is worth repelling all attacks

The second option, Deflect, is like Parry in the other games. Press the button at the right time to repel the enemy’s attack. If you hit, you destabilize the enemy and leave an opening to finish them off with your next hit.

The risk of this strategy is getting the timing wrong and ending up taking over the attack. So study the characters’ movements before putting them into practice.

2. Knowing when to distract

Finally, we have the opportunity to distract. The dodge button can be adjusted to different directions to avoid getting hit. This is the only option against unblockables, unblockable attacks marked in red, which can be noticed a few seconds before the enemy attacks.

It’s no use being brave at this time. If your opponent flashes red, walk away or dodge quickly to try to get a gap in their cover.

3. Take out the snipers first

Even as you learn to deflect projectiles with your lightsaber, these attacks remain a nuisance, distracting you from the main combat and opening up your defenses to melee attacks.

To avoid surprises, whenever possible, start your battles by eliminating enemies of this type.

If the environment is devoid of gunfire, you can focus on enemies with physical strikes, which are usually much more resilient and stronger, and take a good chunk of your health bar with a few attacks.

Don’t let yourself be surrounded!

The secret is never to be surrounded. This allows Cal to run whenever he’s in danger without the chance of being cornered or surprised by random projectiles.

Remember: It’s much easier to deal with isolated enemies and observe their attack patterns than to break through the defenses of multiple opponents at once.

4. Keep an eye on save points

As with From Software’s games, save points allow Cal to rest and restore BD-1’s health, power meter, and stim canisters.

More importantly, they serve as checkpoints for possible fatalities.

Just remember that resting resets the scenario. That means all enemies will be back except for the bosses. Once again, this is something Dark Souls fans are probably used to.

5. In search of lost treasure

Speaking of Dark Souls and Deaths, one of the consequences of defeat in Star Wars Jedi: Fallen Order is the loss of all earned and unspent XP points. Instead of despairing, plan how you’re going to attack next time.

When you get to the point where you died, you’ll find your assassin marked with a yellow glow. Kill him to gain experience and restore your health and power bars.

6. Know when to recover

One of the items you’ll find along the way is Stim Canister. It’s a vial given by the droid BD-1 to heal Cal Kestis (just like the vials in From Software’s games).

During combat, try to keep your health high by using the gaps in enemy defenses not only to attack, but also to retreat and regain some of your energy.

This is essential in order not to be surprised by more powerful attacks that can take a considerable amount of bars from the Jedi.

7. Get the dual lightsaber early

We recently wrote a post on how to get all Jedi lightsaber colors. We also explain how to get the double sword earlier in the game, which makes the campaign much easier. Basically you have to choose the Dathomir route as soon as it becomes available.

Though there are tougher enemies in the region, the region is home to a special workbench that will modify your saber, turning it into a weapon identical to Darth Maul’s. This is the perfect option for dealing with large groups of enemies, while also offering some on-screen spectacle.

Our final tip on fighting is for those who don’t want a job. In Star Wars Jedi there are a number of regions that border the Abyss. These points could be more than a threat to Cal Kestis, they could be a salvation.

We say that because the Padawan can use their strength abilities to push enemies towards the cliff without risking taking damage by letting an attack pass. It’s a time and life saver.

9. BD-1 and its most important tips

For the most part, BD-1 will stay on your shoulders and accompany you on your hitchhiking adventure. However, there are a few moments when he dismounts and goes to darker places on the map. Go in search of him to discover some secrets and points of interest.

Keep in mind that the little droid will not ride if there are enemies nearby. Once cleared, the area will point to database entries or objects that can be sliced ​​with your saber.

Ready to push the journey forward? If you haven’t started playing Star Wars Jedi: Fallen Order yet, enjoy it and see if your PC can handle the game. The list of minimum requirements can give you a good indication of how powerful your computer needs to be.