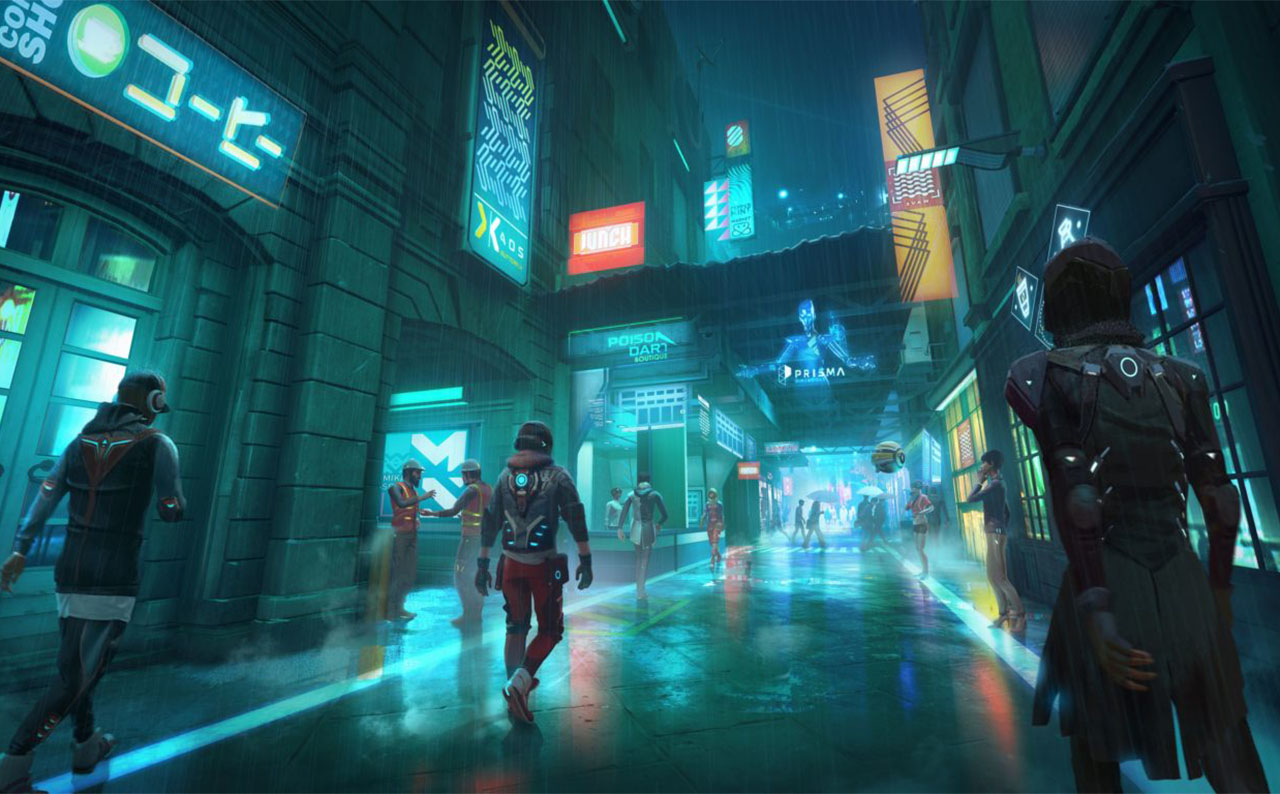 Ubisoft has just unveiled Hyper Scape, a new free battle royale. Using many of Rainbow Six Siege’s online technologies, HS was designed to compete with games like Apex Legends, Call of Duty Warzone, Fortnite, and PUBG. The difference to competing games lies in the theme and the game mechanics. We’ll show you everything about Hyper Scape and its innovations in the world of BR.

All about Battle Royale Hyper Scape

Hyper Scape is developed by the Montreal team at Ubisoft. The same one who made Rainbow Six Siege. Instead of the rather strategic topic of the competitive shooter, the developer of Hyper Scape relies on a more fun dynamic with a science fiction and futuristic setting.

The game takes place in Neo Arcadia, a virtual city full of buildings and other towering structures. The goal is to make the most of the verticality, with fights that go from the streets and interiors to the skies in seconds.

Players are free to roam the buildings and their rooftops while searching for new weapons and protection from challenging teams. So far there are two start modes:

Rule the crown or take out your opponents

There are two ways to win a match in Hyper Scape. The first is the last surviving team on the map, which is more common in other Battle Royale. The second way is the most curious. At some point in the game, a crown will appear on the stage. Those who keep the crown in their possession for the necessary time become champions (along with the rest of the team).

The hard part is surviving as long as your position is being shown to all the players in the game. It is better to run because during what is known as the Crown Rush, shots will come from all sides!

Weapons for all tastes in Hyper Scape

There are weapons for every taste and style in Hyper Scape. The most common one used in the trailers was undoubtedly the sniper rifle, capable of killing an enemy even across the map. ubi promises a variety of options, including shotguns, pistols, machine guns and even batons for close combat.

To upgrade your gear, you don’t have to trade it in for stronger drops. Just find more of the same weapon on the map and pick it up to upgrade the one you already have in hand.

Design the virtual reality with “hacks”

In addition to many weapons, competitors have access to so-called hacks. We’re not talking about illegal cheating here, but rather a very cool game mechanic with which you can use important equipment and advantages for the game scenario.

These hacks can be found scattered around the map in the form of loot. Some of the examples are:

No circles in this battle royale

Another important difference between Hyper Scape and other Battle Royale games is that there isn’t exactly a closed loop here. Instead, the virtual city begins to “relax” and restrict the battlefield to places that are always random and somehow more unpredictable.

The mechanic is called Neo-Arcadia Decay. Players can even run around in the devastated areas, but they are completely exposed to enemy fire without any form of cover to protect themselves.

Launch of Hyper Scape for PC

The release of Hyper Scape is still planned for 2020, but a date has not yet been set by Ubisoft. The good news is that you can now test the game on your computer. To do this, you’ll need to go to the game’s official website (click this link), link your Ubi account to a Twitch account, and watch some of the HS-related broadcasts until you drop a key.

This key enables access to the technical test, a kind of beta for players from all over the world, which shows the developer which points have to be adjusted before the official release.

To learn more about the game and see some professional players getting rid of absurd kills, keep an eye on the Hyper Scape official broadcast page (click this link). Maybe you can’t get your key to test the game? See you in Neo-Arkadia, guys!