While many are waiting for the arrival of Final Fantasy VII Remake for PlayStation 4, a demo version of the game was accidentally uploaded to the PlayStation Network (PSN) servers. Data miners quickly accessed the file and started analyzing every detail of it, discovering not only the size of the download but also other mysteries such as Red XIII’s appearance, new items and the game’s chapter list. Which inevitably leads us to the question: Final Fantasy VII on PC?

One of the key details was hints that a PC version might be on the way. Interested? Then check out everything uncovered about Final Fantasy VII Remake, including the release date and more!

It all started on Christmas Day. The public update repository Gamstat has released screenshots for a demo of FF VII Remake and another unannounced game which is a PS4 version of Patapon 2. Allegedly, some people took advantage of a bug in Sony’s servers to bypass IP addresses and access the demo early.

Until then… Alright. The real problem for Square Enix started when the downloaded files ended up on PCs. With the right tools, several people began tearing apart the file, which totaled around 22GB in size. Of that, about 10GB was content that was inaccessible during the demonstration, piqued the interest of data miners around the world.

The real problem for Square Enix started when the downloaded files ended up on PCs.

Starting with the most important, the first discovery concerns the code of the game. Analyzing a few lines, data miners discovered several mentions of options for changing the screen resolution, in addition to those intended for PS4 and PS4 Pro.

The roXyPS3 account even posted images of lines of code referencing AMD and NVIDIA drivers, a clear sign that a PC version is in development or testing.

Yes, we were talking to others on Discord yesterday that there are many “many” signs in the demo that sooner or later we will see a future PC port. It still has PC code in it, and it mentions various higher resolutions along with some NVIDIA and AMD stuff. — Roxanne (@roXyPS3) January 2, 2020

The data mining of the Final Fantasy VII Remake demo files didn’t stop there. A number of unfinished images from the game have been discovered, showing enemies such as Hell House and some of the scenes from Don Corneo’s mansion where Cloud is dressed as a woman:

It is important to note that these are not finished images. Note that the shading around Aeris’ face is outside of lighting standards for the rest of the game. The same applies to the scenarios that appear with flat textures.

Red XIII has also been spotted in the archives, but so far we don’t know if he will be a playable character in the demo (or even the first part) since he can only appear as a “guest”. 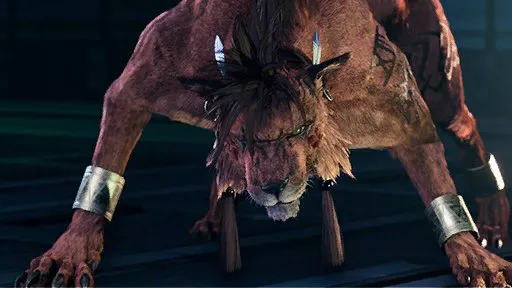 The audio track has been completely extracted. Files are circulating around the web with around 4 hours of audio, half of which is songs from the first episode, while the rest is like a “jukebox” of songs from other games in the Final Fantasy series – suggesting that there is still somewhere which will be so you can sit down and enjoy some music, possibly at 7th Heaven.

According to the data revealed, the game will be divided into 18 chapters (Part I at least). The demonstration should last between 45 minutes and 1 hour and consist of the first of the chapters. The list also brought some sparse dialogue, a list of items, spells and abilities, but there’s a good chance there will be changes by launch.

Something that made the work of exploring the files easier is the fact that the remake is based on Unreal Engine 4. According to IGN sources, the demo should be officially available for download on March 3rd.

As we said, Final Fantasy VII Remake is exclusive to PS4 for now, but that could change quickly. In early December 2019, there was evidence that the exclusivity deal was only temporary, including a boxed version of the game stating the exclusivity would end on March 3, 2021 – exactly one year after the PlayStation 4’s launch.

That date would be a perfect time to bring it to PC and other platforms for a number of reasons. First of all, we would already have the new generation consoles in place (PS5 and Xbox Series X), allowing the launch of a version with improved graphics.

In addition, given that the game is divided into parts, it is quite possible that by then the developer already has information about the post-Midgar remake, which makes it interesting to increase the installed base of players to generate hype for the to create other chapters.

Until then, the developer already has information about the remake after Midgar.

Given the presence of Final Fantasy XV on a variety of platforms, the leaks that indicate drivers from NVIDIA and AMD and the arrival of the new generation at the end of 2020, the release of Final Fantasy VII Remake for PC seems more and more certain.