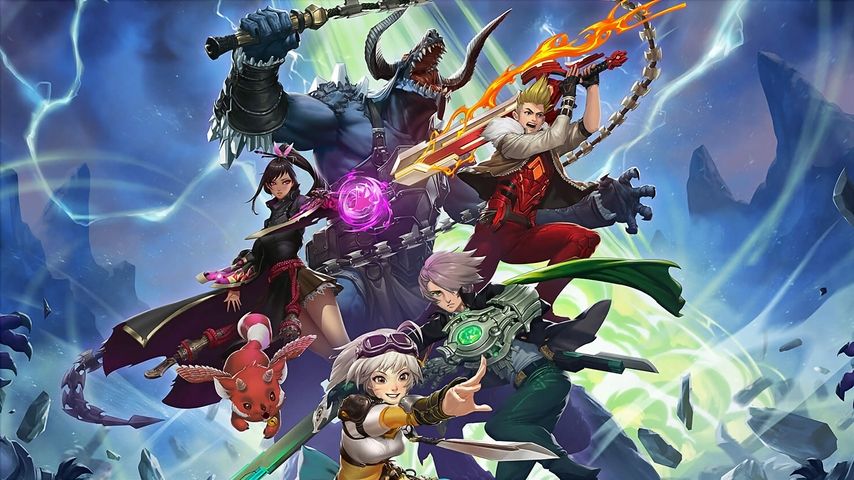 A new turn-based RPG is coming to town and it’s called Battle Breakers! The game developed by Epic Games, the creators of Fortnite, is available for free on PC and smartphones with Android and iOS operating systems.

Today we are going to show you how to download the game to your computer for free through the Epic Games Store.

Just a few clicks separate you from this overdose of fun. Let’s go into battle!

Developed by Epic Games, Battle Breakers is distributed exclusively on EGS, a kind of “Steam” that has the advantage of having free games every week. Check out how to win games without spending a penny.

Follow the steps below to install the Epic Store:

Step 02: Click on the blue “Get Epic Games” button.

Step 03: Open the downloaded file and follow the on-screen steps to complete the installation

Step 04: Open the app and log in. If you don’t already have an Epic account, you can use Facebook, Google, Sony (PSN), Microsoft (Live), or Nintendo Network Login to streamline the process and link your user profiles.

Step 05: Complete your registration by selecting the username (screen name). This will be your nick on EGS, which will be shown to all other players, so avoid using true information.

Once the Epic Games Store is open, you will see a menu on the left side of the screen. Select the “Store” option to access the games catalogue. There is a search field on the right side.

It’s the quickest way to get to the Battle Breakers site. Click on the magnifying glass and start typing the name of the game. The autocomplete function provides a link. click it

Scroll down the game page until you see the “Get” button in yellow. Click on it and then click “Place Order” as shown below:

Note that the values ​​are all set to zero. Battle Breakers is completely free to play and you don’t even need to add a map to complete the order.

After that, confirm the installation of the game. EGS displays the required disk space and starts the download automatically.

Once the download is complete, simply go to the library page and click on the game name to enter the promotion!

How to download Battle Breakers for Android and iOS

One of the coolest things about Battle Breakers is that you can literally carry the matches in your pocket as the game has versions for both Android and iOS (also free). If you have an iPhone or iPad, you can click this link to access the game’s page on Apple’s App Store.

To install Battle Breakers on Android, you need to download the Epic Games app. To do this, click on this link. There is a QR code on the screen that opens. Read this code with your smartphone and start the installation.

On Samsung devices, the download can be done directly from the Samsung Galaxy Store.

What is Battle Breakers?

Developed by a small group of employees at Epic Games, Battle Breakers is a turn-based role-playing game in which players must assemble a team of heroes to defeat monsters from outer space.

As players progress through the scenarios, they break the crystals that other fighters are trapped in and collect them to build even stronger teams.

The idea is clearly inspired by drawings, with some fun references in the soundtrack and animations. The game has a Brazilian-Portuguese version. Battles can be started on PC and then continued using mobile devices wherever you are.