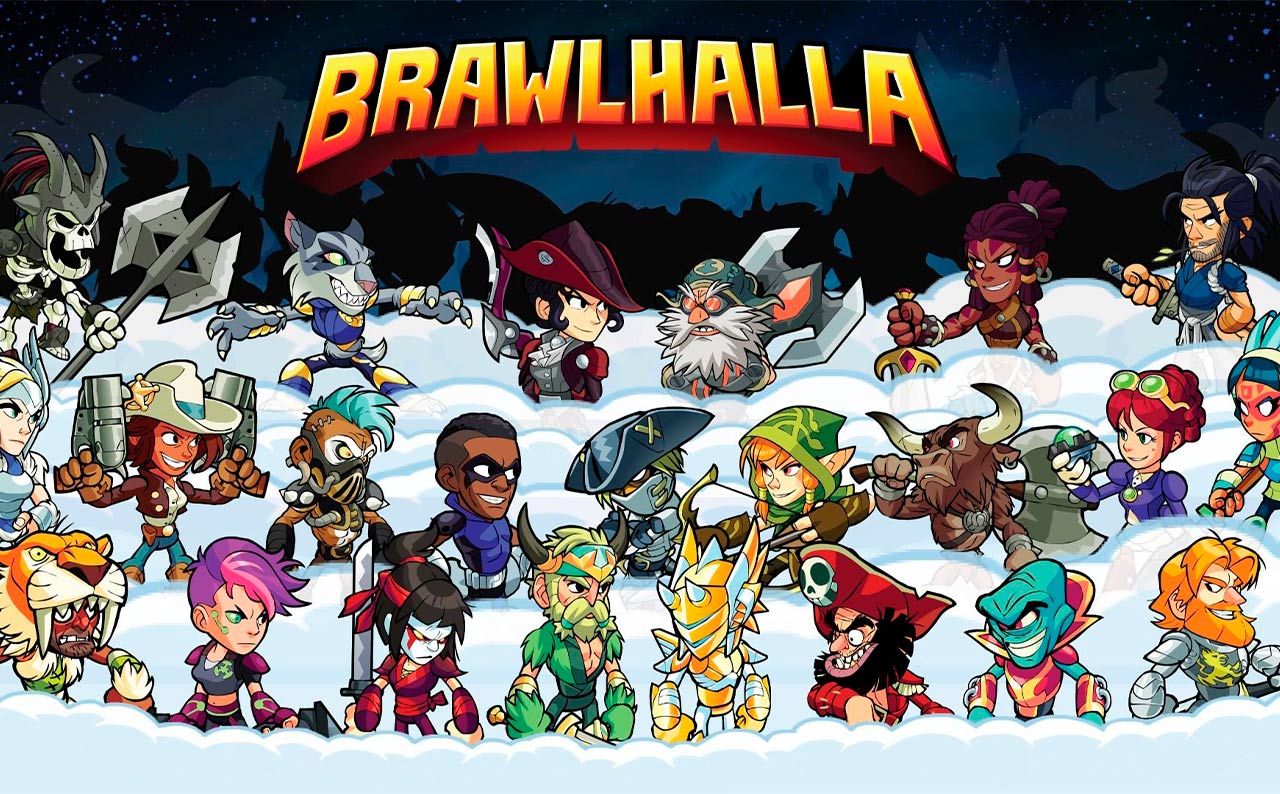 Our tip today is for those who love Brawhalla, a Super Smash Bros. game released for PC, PS4, Xbox One, Switch, Android and iOS that has several famous characters fighting until the opponents are thrown out of the scenario. Below we will show you how to make money fast in Brawlhalla using methods ranging from online battles to daily challenges.

What are coins and money for in Brawhalla?

Brawlhalla is a completely free-to-play game, but many of the game’s characters and cosmetic items must be unlocked with coins. Some of these legends cost up to 5400 coins. This is also the case with Rayman, the mascot from Ubisoft, which is still successful today with its platform games.

Other classic characters like Sir Roland also received special keepsake skins. In his case, it is possible to equip Shovel Knight’s King Knight skin. Some of these items are purchased with coins, others with various forms of digital currency (mammoth coins).

Other examples of things you can buy with coins are KO effects, taunts, and special colors. 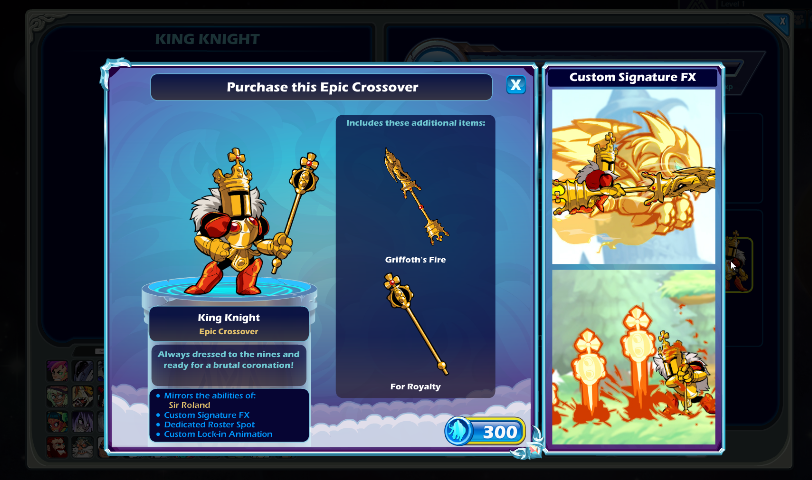 How to make money fast in Brawlhalla battles

Virtually every game form in Brawlhalla gives players coins. For those looking to have fun, just get online and enjoy some battles to see the pile of money grow. However, some activities further accelerate this process.

First of all we have the daily bonuses. To earn extra cash, log into the game every day of the week. You will receive a progressive bonus starting at 50 gold and going up to 250g. Sometimes there are bonus events that increase this amount. When we logged in on the day of this tutorial, we received +250 for celebrating Ben 10’s arrival in the fighter list: 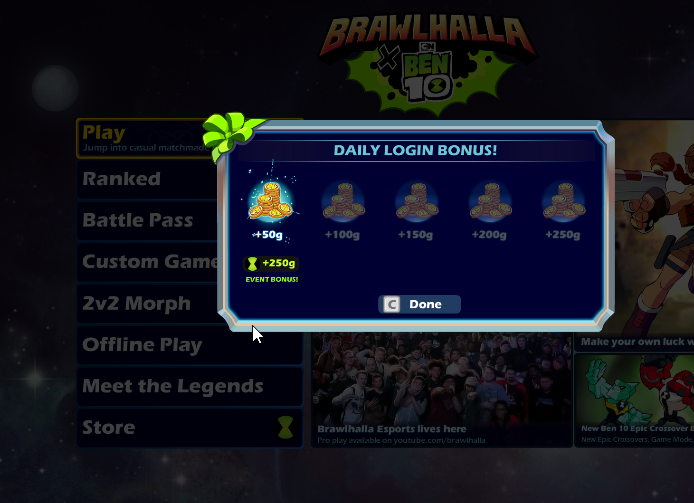 Face the brawl of the week

Every week a new list of matches is published with special conditions that bring more coins to the participants. Sometimes it’s 2v2 battles, sometimes it’s solo battles with specific characters. Usually the bonus is 300 coins per win on Brawl of the Week.

Within the Offline Play tab, players will find the Tutorials section. They’re short missions that still teach you the basic commands of the game. Each brings between 100 and 200 gold rewards. Unfortunately, replaying challenges doesn’t earn players more money. 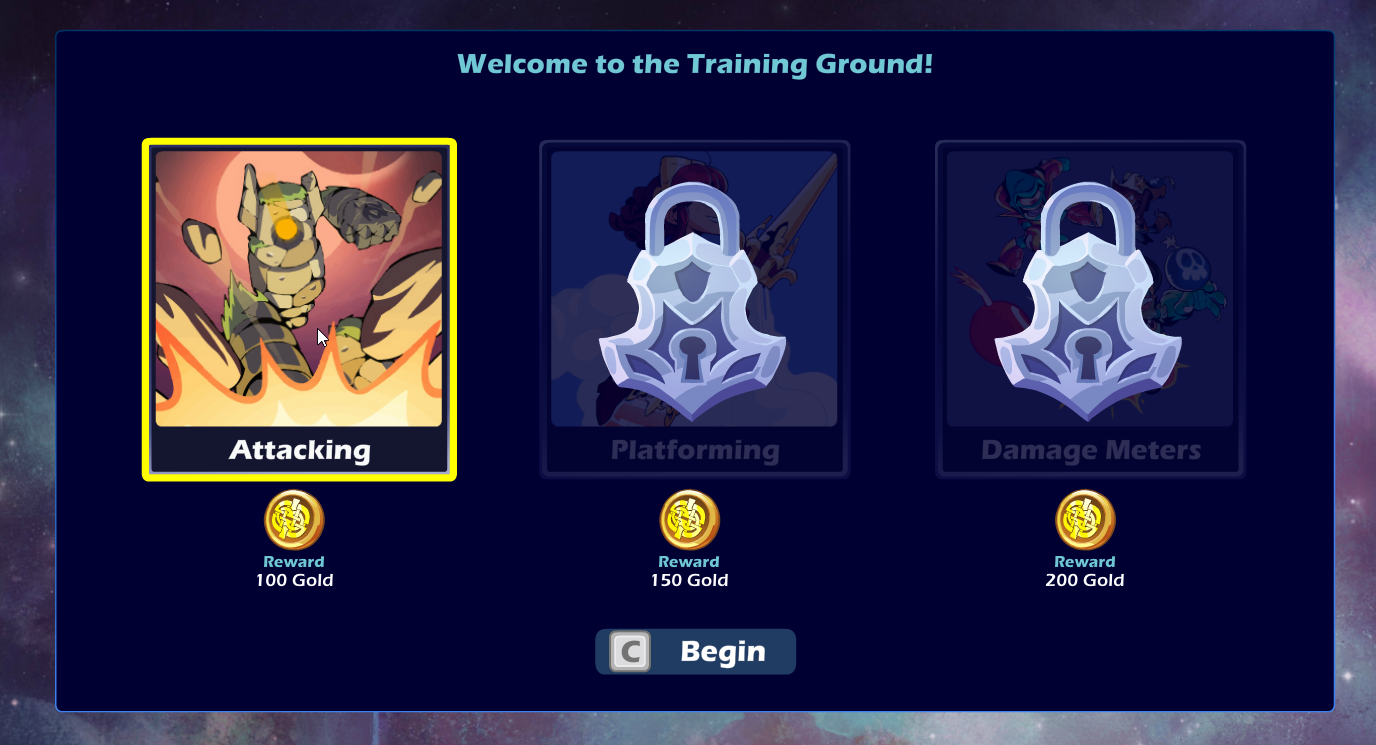 Each week, players will receive new missions to complete during online duels. Some of them bring XP boosts, while others increase the coins earned in the game. Often these are simple missions, like KOing an opponent with the gauntlet or sickle weapon. Completing them will give you up to 250 extra coins. 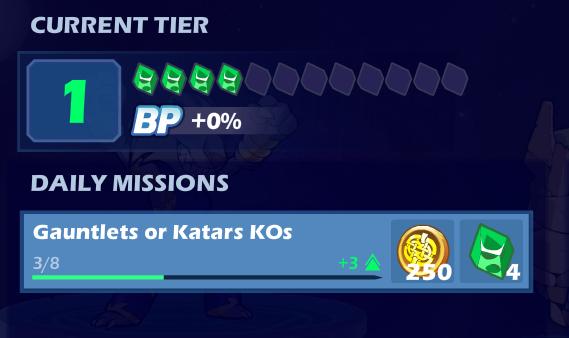 Many people don’t like going to online matches, preferring to hone their skills with bots (characters controlled by Brawlhalla’s artificial intelligence). If this is the case for you, you know that there is a very easy way to get coins.

Go to the Custom Playroom menu. Then create a new private match and adjust the rules as follows:

Depending on your performance, you can earn up to 150 gold coins per game. You can also experiment with other conditions like 300% damage to increase casualties.

Do you know another more efficient way to make money in Brawlhalla? Then tell us here in the comments! To the next!