In the battle royale arena, PUBG remains one of the strongest games available alongside games like Call of Duty: Warzone, Apex Legends and Fortnite. Recognizing many gamers who have more modest PCs, PUBG Corp has launched PUBG Lite, a version of the game with lighter graphics optimized for older computers and notebooks. If even this version is making heavy demands on your computer, below are tips to optimize and play PUBG Lite on weaker PC.

We’re going to talk a little bit from the configuration of your computer in Windows to the main game options that can bring a little more FPS to your GPU.

In order to improve the performance of PUBG Lite on a more modest PC, you need to attack all aspects that can affect the performance of the game, including the power settings of the Windows operating system. To do this, follow these steps:

Speaking of energy, an important tip for those who play on the notebook: Always leave the device plugged into a power outlet. This is important because many manufacturers limit power delivery to PC parts when only running on battery power (including fans, CPU, and GPU).

Give it a try and you might be surprised at how much performance you gain just by plugging in.

Nothing annoying in the background, not even Chrome!

Another crucial point is to keep the memory for the game completely clean. To do this, close all non-essential applications running in the background, especially browsers like Google Chrome, which tend to consume a staggering amount of RAM and graphics processing on computers with integrated GPUs.

Remember to check the taskbar for unused apps during your gaming session: 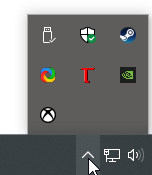 It might be a good idea to take a look at Task Manager. To open it, press the “CTRL + Shift + Esc” keys at the same time. The Processes tab shows which app is consuming the most memory, CPU, GPU, and disk. If you want a better view, go to the “Performance” tab, which contains detailed performance charts by section.

Adjustments to the graphics card configuration for more FPS

If your computer or notebook has a dedicated AMD or NVIDIA graphics card, you can navigate to the Graphics & 3D settings panel to apply the GPU-specific setting for maximum performance (minimum power savings).

Remember to use the latest drivers regardless of whether your GPU is NVIDIA, AMD or Intel. This is important as manufacturers tend to tweak the driver set for each new game that hits the market (although Intel usually takes considerably longer than the competition).

You can find the latest drivers for your graphics card by clicking this link. In PUBG, every frame counts per second. Higher FPS rates give you an advantage in gunfights and less lag between your commands and what’s happening in-game. The first thing you have to do is access the game’s graphics options menu and turn all the settings down to the minimum.

If this solves your performance problem, try increasing some options again, e.g. B. the screen resolution and the draw distance, which is the render distance of objects in the game. This is crucial for a more competitive online experience.

If you still have poor performance even with the minimal level of adjustments, the last option left is “Render Scaling” or Render Scaling. It is used to lower the game’s resolution, which greatly relieves the work of the GPU, resulting in a visibly blurrier and less detailed image.

We recommend starting with a factor of 90% and lowering it as necessary to achieve the desired in-game performance.