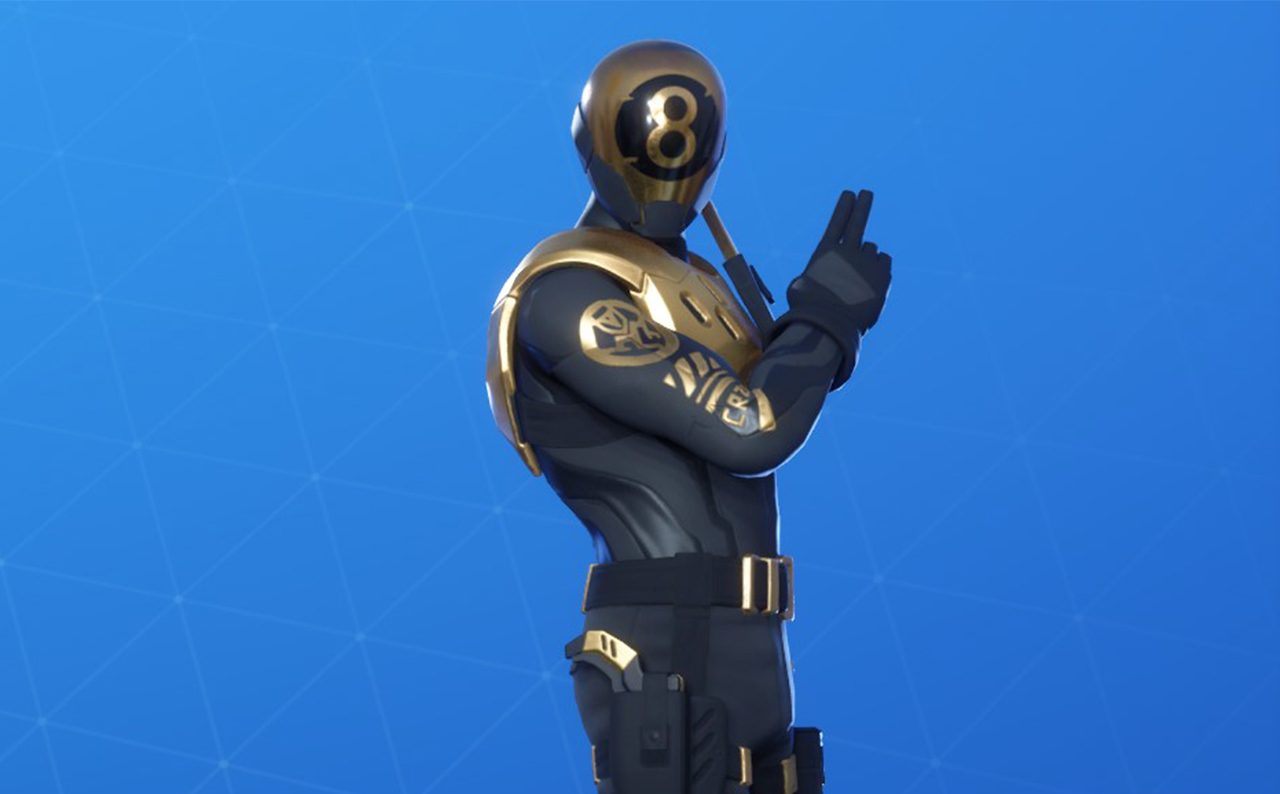 The new Fortnite Overtime Challenges start on January 15th and are live. Always full of news, Epic Games’ Battle Royale now relies on a special succession of objectives to unlock new 8 Ball skins and graphics (Black and White). There are multiple versions, including a damaged white outfit mod and a gold variant that can be unlocked at level 60 of the Battle Pass.

If you also want to guarantee these special skins, check out the step-by-step guide on how to complete all the challenges. Know that you’d better hurry because Chapter 2 Season 1 of the game is coming to an end. Let’s get down to the details.

The 8 Ball skin is part of the new Fortnite Battle Pass. It can be bought with real money directly in the game. The skin is unlocked at Tier (Level) 60 of the Battle Pass Chapter 2 – Season 1. There is an option to switch between the white and black look.

However, there are two really cool new variants of this skin that the latest Fortnite update has brought. The first of these is the gold look. To unlock it, all Black Ball x White Ball mission challenges must be completed. They are as follows:

Once you complete all of the objectives listed above, the Black 8 Ball Skin’s new golden look will be yours. Note that most challenges come with a reward.

For the most part, each of the items on the list earns you 52,000 experience points. Some of them require knowledge of the exact sights. In the case of the mission to ring the bell with a player inside, look for houses in regions such as Lago da Preguiça, Litoral Limpido, Parque Pleasant, and Via do Varejo. Check out a map below: 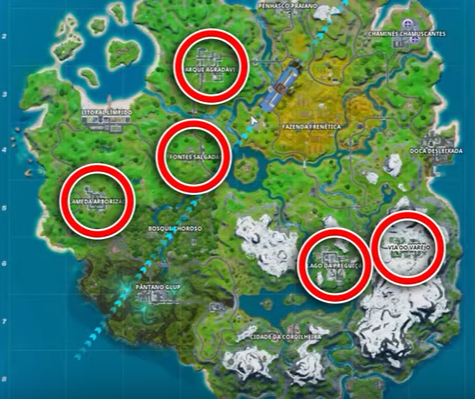 The hidden gnome is located between Litoral Limpido and Alameda Arborizada (near the road that connects the two areas. Other points of interest, in addition to the “No Swimming” signs, can be seen in the image below, created by Arena eSports : 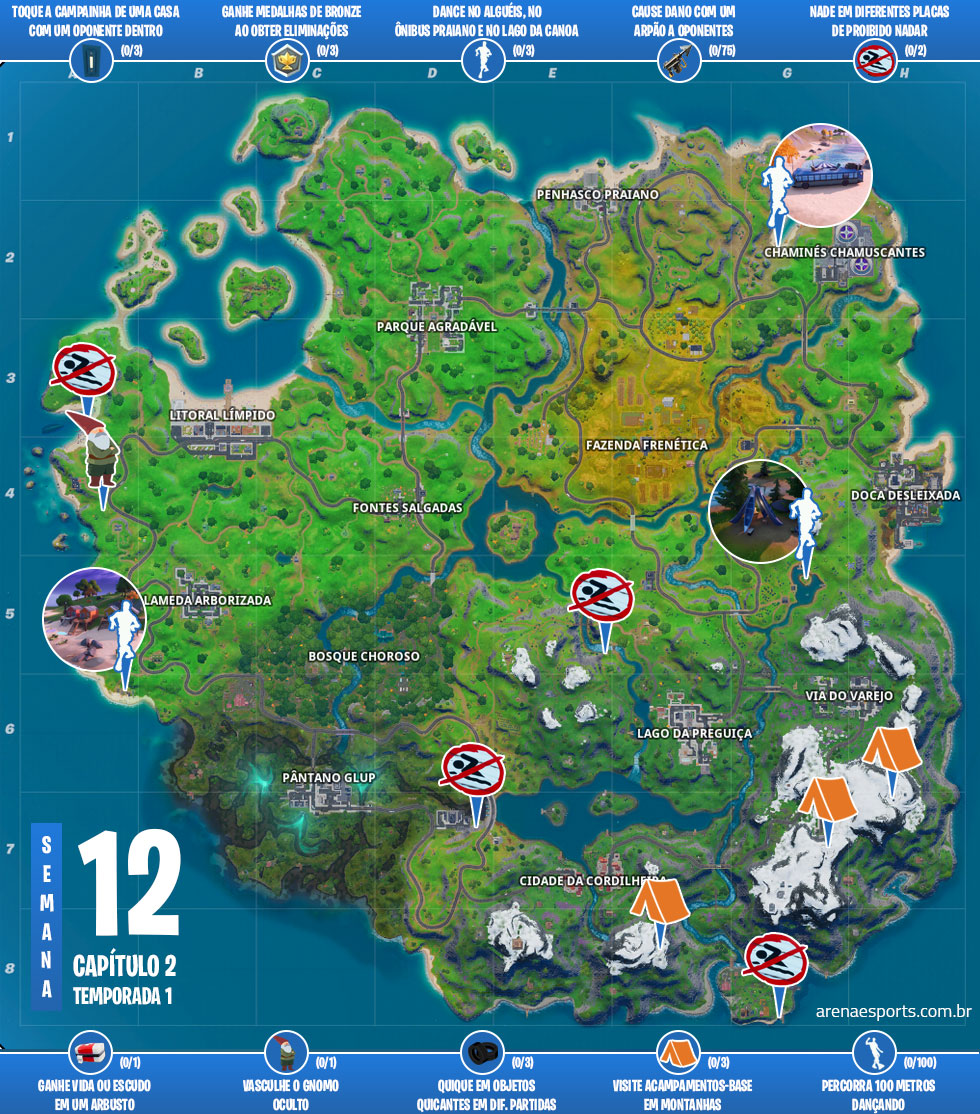 After a few teasers on the loading screen, the depraved look of the 8-Ball White Skin has finally come true. To get it, first unlock the 8 Ball skin, then choose the style option and change it to White Ball.

Once you reach level 100 of the current Battle Pass, the Corruption effect will begin, leaving the character with a “bug-ridden” appearance. The maximum corruption effect occurs at level 300, leaving the entire uniform with glitches. You will see that only a small toe of the boots is still whitish. 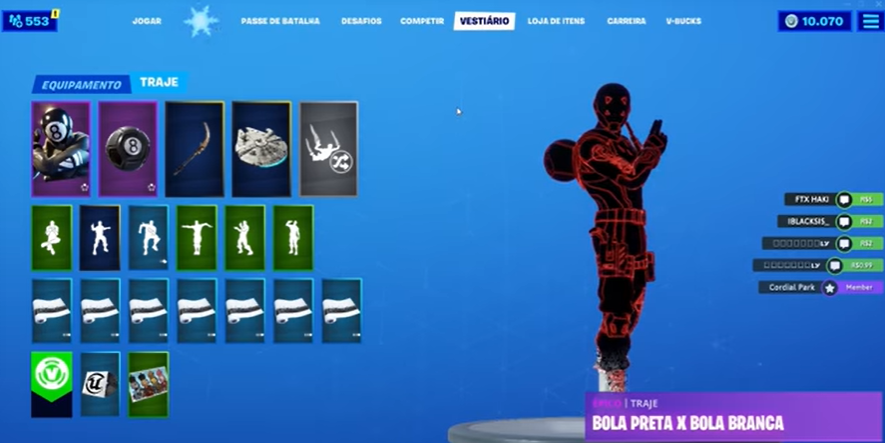 Get your Fortnite Battle Pass now

There’s still no official confirmation as to when Fortnite Chapter 2 Season 1 will end, but the game’s files suggest it should be in early February. So hurry up to complete the missions and secure your look as soon as possible.

Click this link to learn more about Fortnite including tips on how to play better, optimize your PC and meet the minimum requirements to run the game on your PC.