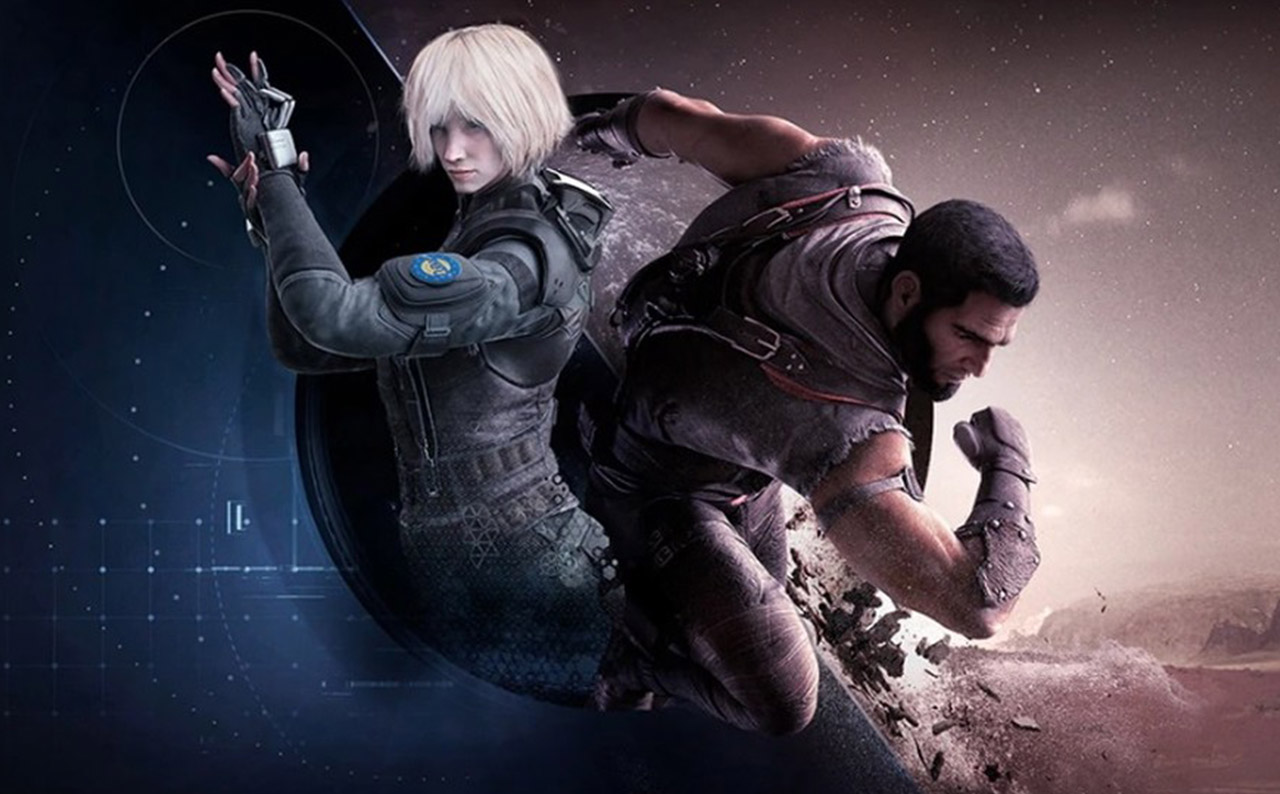 During the Six Invitational, the Rainbow Six Siege (R6S) World Championship, Ubisoft finally revealed all the details of Void Edge, the new season and how the game will work. The two main new features are Oryx and Iana, the new Defense and Attack Operators that come into play with unique abilities that can change game strategy on many maps.

Other highlights of what’s been shown to the public also include a new ping system for info, adjustments, nerfs and rebalances to the current Operators, as well as the announcement of new maps and reworks of some popular scenarios like Oregon and House. All of this should be released over the course of the fifth year.

Here’s everything you need to know about Oryx and Iana, the new Operators in Rainbow 6 Siege.

Iana – A deadly operator for your senses 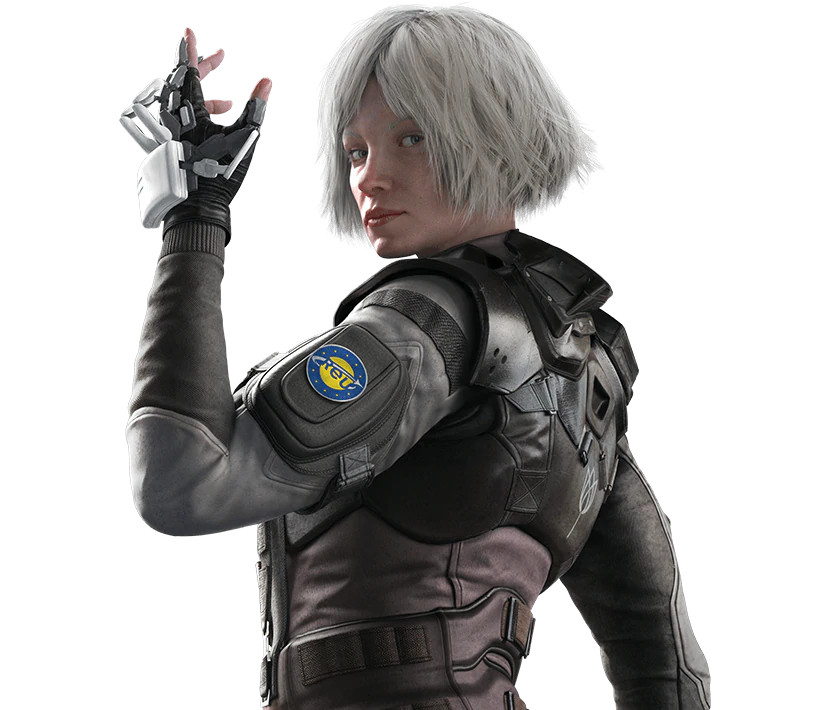 The daughter of a leading engineer, Iana studied aerospace engineering to become a fighter pilot. Due to her albinism and impaired retina, she was rejected and shifted her focus to systems engineering. A child prodigy like her mother, Iana has developed contact lenses able to compensate for her genetic deficiency while still having the benefit of a state-of-the-art augmented reality overlay.

By combining this technology with holographic projectors, Iana created the Gemini Replicator, her primary combat ability in Rainbow Six Siege. Upon activation, Iana creates a holographic projection that looks, moves, and sounds exactly like the attacker, making her the perfect tool for gathering information and confusing enemies.

The perfect tool for gathering information and confusing enemies.

When shot, this hologram simply disappears, allowing Iana to use the intel and hunt down defenders. Another option is to double down: take Iana’s hologram to the front while a teammate follows close behind to catch enemies off guard. 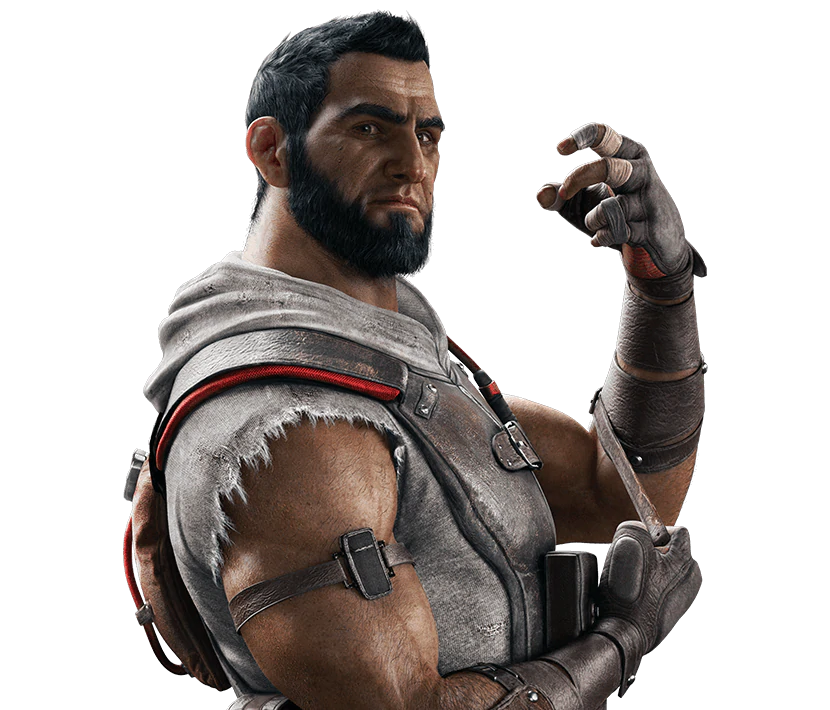 Hailing from Jordan, Oryx is Rainbow Six Siege’s newest defensive operator. With 2 points of speed and armor, Oryx is a roamer, meaning a defender that moves freely around the map in search of invaders. What makes him special is not his status, but his unique ability: Oryx can run fast for a short time and jump between floors through open trapdoors.

This is made possible thanks to the Remah Dash ability, a device that increases Oryx’s starting power. Positioning themselves under a hatch, the player can jump to simply peek up or actually climb, giving the operator unprecedented displacement ability.

But that’s not Oryx’s only strength: the Remah Dash ability can be used for fast, explosive runs. Aim for a destructible wall and Oryx will break through it, losing only 10 health in the process. You will surprise everyone by being able to flank the invaders without any difficulty.

Even better, using Dash directly on enemies will knock them down, giving you plenty of time to draw your weapon and eliminate them from combat. This is also true against shield attackers (Montagne, Blitz, and Recruits) as they are a great counter to a full shield charge.

If you use Dash directly on opponents, you will knock them down.

Much more than newcomers

As said, Operators were just the tip of the iceberg when we talk about the news coming to R6S. Ubisoft will release Oregon Rework, one of the most famous maps, in the first season of Year 5. The goal is to increase the competition between defenders and attackers, create new traffic routes and completely redesign the underground sector of the map where the old laundry was located. Check out the before and after in the video below:

Ubisoft will also work on Arcade Playlist, an online match queue with unique rules for each season and different modifiers to make matches more fun. The first of these is the Golden Gun mode, similar to 007 for N64, where everyone has a golden pistol that can kill with a single shot. 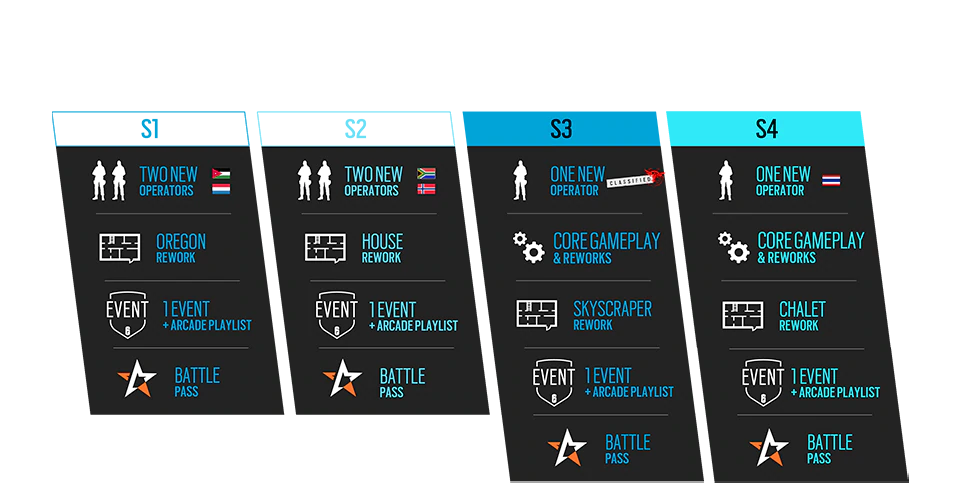 In the second season of year 5, the novelty will be the revision of the house map. Loved by the community as well, House is currently considered too small for intense competitive play, limiting its potential for strategy and transmission. Review some of the following changes:

Season 2 brings two more new Operators to R6S, but the pace starts to slow in Seasons 3 and 4 of Year 5. According to the developer, this does not mean that they are reducing support for the game. On the contrary, the goal is to work harder and harder to improve existing content and make it more competitive, fix bugs and make Rainbow Six Siege the ultimate experience in the competitive online FPS gaming segment.

What do you think of the ads? Do you intend to buy the new operators Iana and Oryx? Tell us here in the comments. We’re waiting for you online, whether it’s casual, competitive or R6S arcade playlists!