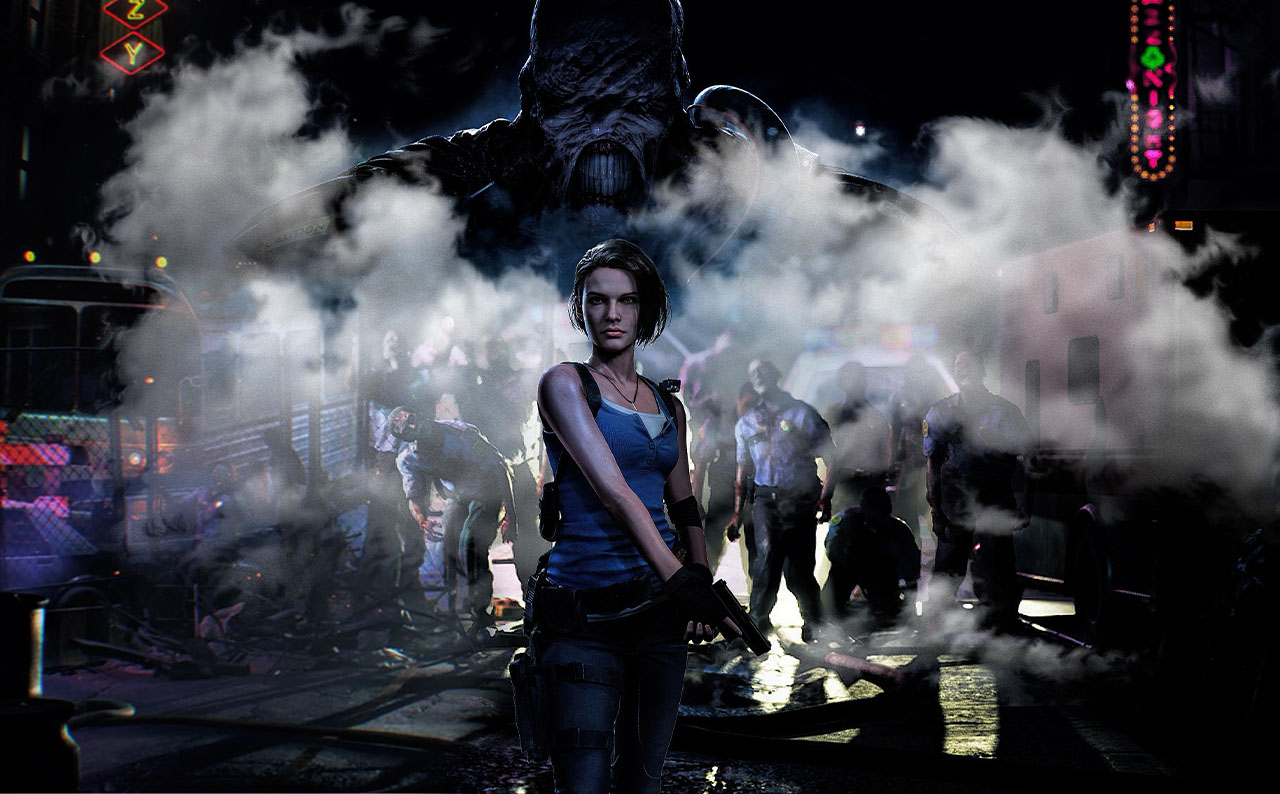 Resident Evil 3 was a game that shaped the PlayStation One generation. Developed by Capcom, the game again featured Jill Valentine as the protagonist, but this time in a much more urban setting. To inject that extra dose of adrenaline, the nemesis monster showed up at the worst possible moments. Fortunately, the game got a nice remake and lots of mods in the PC version.

So we’ve listed some of the craziest mods ever available for RE3 Remake, from mods to give Jill new clothes and looks, to mods featuring Thomas the Train, Megaman, Dante from Devil May Cry, and other pretty bizarre stuff !

The craziest mods from Resident Evil 3 Remake for PC

The craziest mods: RE3 remake in FPS

To open up our list, how about a mod that completely changes the gaming experience? Resident Evil 3 Remake FPS Mod changes the perspective of the first person and turns the game into a shooter.

The hard part will be getting the timing to dodge the zombies and face Nemesis who comes with anything to break your bones.

You will like this one. Why not CJ from GTA San Andreas instead of Jill? The look is weird, but the mod is so neat that even the Nemesis gets modifications. Here the monster is none other than Big Smoke, the big bad guy of the gorges!

Sagat makes a point as a nemesis

Another popular game from Capcom is Street Fighter. Apparently, Fighter Sagat got tired of being the king of muay thai and decided to try his hand at being the villain in Resident Evil. This mod replaces the Nemesis model with Sagat, with a result that is oddly natural …

The mod can be found on the Nexus Mods website as well as everyone else on the list.

Look at that face. It is the real face of terror, fear and suffering that is to come! Thomas, a famous character from children’s cartoons, got a very macabre version in Resident Evil 3 Remake for PC. This creature won’t stop until it runs over every bone in its body …

IT and its latest version pissed off professional clowns around the world and terrified a generation of babies and children, causing nights of panic, insomnia and nightmares. Now it’s the turn of the clown Pennywise to face the streets of Raccoon City like Nemesis. Do you have the courage to face this demonic clown?

Megaman, is it really you?

Who would have thought, Carlos’ real identity is… Megaman! This funny mod puts the character in the costumes of the original Megaman, the really weird one from the American cover of the first game in the series. It comes equipped with the costume, helmet, and everything else!

Dante shows up to save the day!

How about Lady and Dante from the Devil May Cry series instead of Jill and Carlos? Since we recently had the DmC V release, modders took the game’s 3D models and adapted them to Resident Evil. The result is even natural, considering that they both share the graphics engine:

Sephiroth, watch out, Aerith is coming!

Aerith Gainsborough had a life of suffering in Final Fantasy VII. The RPG remake from Square Enix will make fans’ hearts beat faster with the upcoming events. But the girl decided to take a break from the story of FF VII and fight as the star of RE3. Just look: