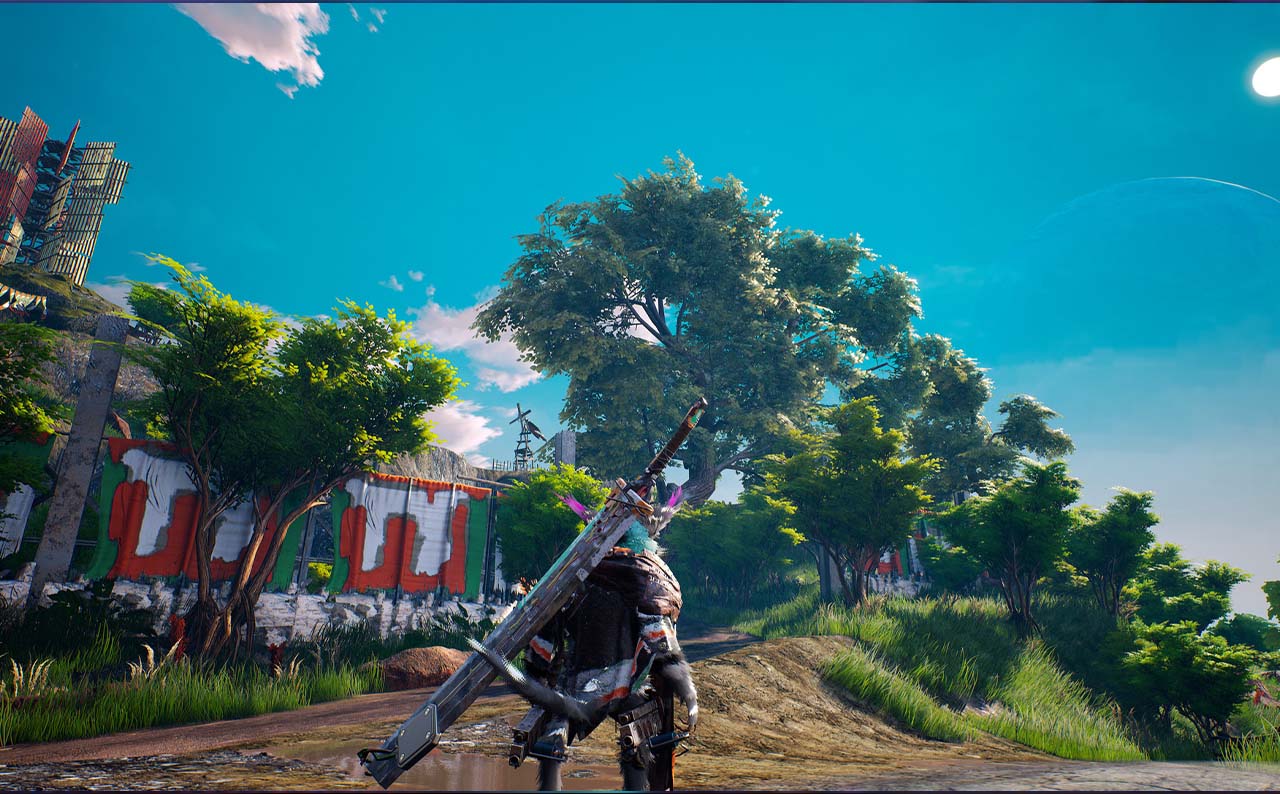 Many gamers want the best possible graphics. Others want seamless gameplay. But what counts for some is the freedom to come and go, to be able to do everything your own way, without following a script. That’s what makes open-world games so special. They don’t limit your choices or playstyle. That’s why today’s list is dedicated to the top open world titles coming in 2020 and beyond.

We show you the main promises of the industry, including some heavyweights such as Cyberpunk 2077, Dying Light 2 and Assassin’s Creed Ragnarok, which, although they have not yet been officially revealed, have already released their information from the four corners of the Internet.

If you like games like GTA, The Elder Scrolls, The Witcher and Red Dead Redemption, check out what’s coming!

Biomutant, published by THQ Nordic, is one of the stranger games on our list. This action RPG features a huge open world to explore and animal characters (literally) with great kung fu skills. The goal is to save the tree of life which is constantly being attacked by the bad guys.

Along the way you’ll find new weapons, body upgrades, and a variety of abilities worthy of the Biomutant title.

Did you say Pirates of the Caribbean? Skull and Bones is an open world multiplayer game for those who love the stories of corsairs. Set in the mid-1720s, the game takes players on a journey across the Indian Ocean in search of the long-awaited treasure. It is possible to choose your ship and many other aspects of pirate life.

The game takes players on a journey across the Indian Ocean in search of the long-awaited treasure.

There is no shortage of dangers along the way, also in the form of other groups that will fight for dominance of regions and ships. Despite competing with Microsoft’s Sea of ​​​​Thieves, Ubisoft proposes to bring more realistic graphics and an extensive single-player campaign alongside the online component.

Atomic Heart borrows a few pages from Bioshock’s mood and explores a parallel reality at the height of the Soviet Union. You are Special Agent P-3. Despite your skills, a mislanding on Enterprise 3826 takes you into a twisted universe filled with strange technologies and paranormal phenomena.

Without a doubt one of Bethesda’s most anticipated projects. So far, the company has only announced that it is working on the game without giving a release date. It’s not hard to imagine that this is a next-gen project, focused on the new generation of consoles (PlayStation 5 and Xbox Series X) in addition to PCs.

There are some interviews where the developers are hinting at a post-Starfield release, leading us to suspect that the game may not even be ready in 2021. For that reason alone, it takes a lower spot on our list.

This is one of the biggest leaks in gaming history. Assassin’s Creed Ragnarok hasn’t even been announced yet, but pretty much all the information about the game is already circulating on the internet. The game will take place around the 9th century and will have a Viking setting, mystical creatures and even some supernatural abilities.

The game should be announced soon, with a planned release for PC, PlayStation 4 and Xbox One, with an improved version already planned for PS5 and Xbox Series X. a development version.

Think of a crazy idea. Maneater is an open world RPG like you’ve never seen before. With a title that should be taken literally, it puts you in the shoes of a massive shark ready to explore the shores and depths of the sea in search of prey, mostly humans!

The cool thing is how the game does it. The scenario is full of mysteries, makes many jokes with human behavior and even brings with it other predators that you can only face once you have developed enough strength.

The landscape is full of mysteries.

Other highlights include your shark’s ability to evolve and complete day-night cycles. So you can explore the scenarios with unique events scheduled by time. Some say it’s even possible to bite ashore… But we guarantee it’s a lot easier to attack fishing boats and poor surfers!

Clearly inspired by the style of Zelda: Breath of the Wild, Gods and Monsters is one of Ubisoft’s bets for 2020. The game was developed by the creators of Assassin’s Creed Odyssey. As such, you’d expect a very competent open world full of places to explore.

Gods & Monsters is set in ancient Greece on the island of the blessed. The old gods fell at the hands of Typhon, deadliest of creatures. Now you, as the chosen one, have to explore the scenarios, use your skills and help the gods to regain their powers bit by bit. 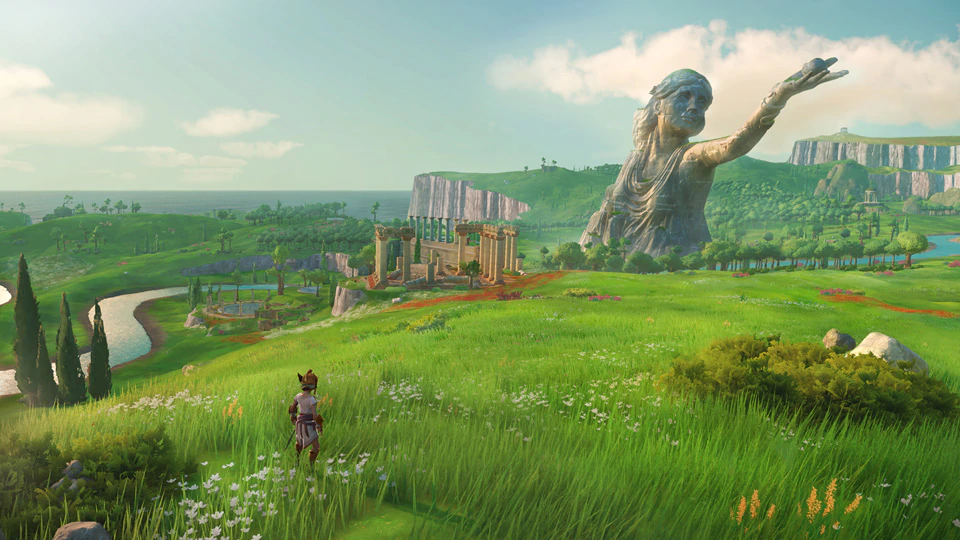 Among the challenges you encounter along the way are monsters like Gorgons, Hydras and Cyclopes. The game was originally scheduled for February 2020. However, the company recently only mentioned that G&M will launch later this year.

You are no longer a character, you are a legion. Yes, now you can control practically any NPC, jump from body to body to enjoy the story from different perspectives and fight against the oppressive government forces.

Each character has a unique background and specialty that brings the Resistance to life. Unfortunately, after the execution, you’ll have to continue the saga from another Londoner’s perspective. It’s a different approach to the concept of an open world that goes beyond simply exploring scenarios.

Each character has a unique background and specialty.

Throughout the city, players will encounter drones armed with explosives and machine guns, crazed police forces, and a host of other dangers. Without a doubt, it will be the most ambitious Watch Dogs ever. 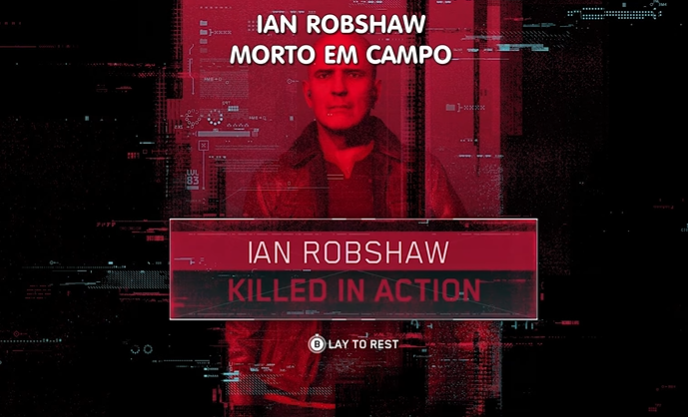 Zombies, zombies and more zombies! Dying Light 2 takes place 15 years after the events of the original game, with all of the open-world elements at your fingertips. You decide which regions to explore, how to arm yourself, and also how best to finish the race of the undead. If in doubt, PARKOUR!

After the huge success of The Witcher franchise (which now even has a series on Netflix with Henry Cavill), CD Projekt Red turns its gaze to the steampunk universe of Cyberpunk 2077. The company promises one of the largest and most interactive universes yet seen in a game with graphics that can make many graphics cards howl in April.

The company promises one of the largest and most interactive universes ever seen in a game.

Another highlight is Keanu Reeves, who became so interested in the game that he eventually became a character in the story. Cyberpunk promises to bring everything together in one place: exploration, open world, choices that directly affect the narrative and plot in the best quality.

Best of all? The release is only a few months away and is scheduled for September 17th, 2020.

What about the other open world game releases?

Of course, our list is only a fraction of interesting open-world games. There are countless other projects on the way, including Vampire: The Masquerade – Bloodlines 2, Mount & Blade II: Bannerlord, The Eternal Cylinder, Beyond Good & Evil 2, and even Diablo 4.

We’ll be keeping an eye on them all to bring you our recommendations and guides soon. What about you, what open world games are you looking for in 2020 and beyond? Tell us in the comments below!