In normal times, June is usually E3 month, the biggest gaming event in the world. It is a shame that the new coronavirus pandemic has ruined virtually all plans. However, many announcements are being made online by developers and PC game releases are in full swing.

Starting June 2nd, Riot Games promises to threaten the reign of Counter Strike with Valorant, a new competitive shooter, completely free and online for 5 vs. 5 teams. We also have Persona 4 Golden for Japanese RPG lovers, Desperados III, Samurai Shodown and other surprises.

Check out all of the June 2020 PC game releases below! 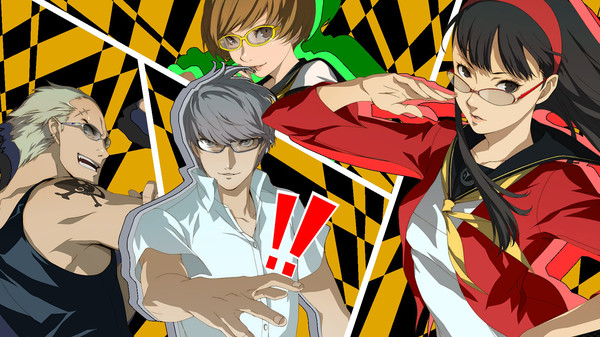 After a lot of noise, Valorant finally has a fixed release date: June 2nd. The competitive shooter from Riot Games has it all and promises tough competition against Counter Strike: Global Offensive. As in Valve’s game, teams of 5 vs. 5 players face each other in each round and win whoever destroys opponents or meets the goal.

Despite the similarity, Valorant has a few differences that can captivate audiences. First, the game uses heroes with unique combat skills in the best League of Legends style. Valorant is also completely free and designed to run on older PCs with no regrets.

First, the game uses heroes with unique combat skills in the best League of Legends style.

That said, there is no lack of graphics, which also makes it nice when compared to heavy-duty games like Blizzard’s Overwatch. Another great news for the Brazilians is that the game is fully dubbed and translated and even has a Brazilian character in the cast: the “real” Raze.

Samurai, it’s time to draw your sword! SNK took a lot of people by surprise and brought the Samurai Shodown franchise back to life. With cell-shaded graphics, the game lives up to traditional fighting style, with ink effects and lots of blood pouring out with every strike of the blade.

The game lives up to traditional fighting style.

Although Haomaru and Co. were released earlier on PS4, they are finally landing on PCs, with the game being sold exclusively through the Epic Games Store in another episode of the war between Steam and EGS.

“Everyday is great at Junes”! The Persona franchise has an audience that is overly loyal. To reward that affection, Atlus and SEGA decided to remaster and re-release the classic PC RPG.

High-resolution graphics, quality settings and newly created FMV scenes are just some of the attractions of this version, which is considered to be the most complete ever. There are audio options in English and Japanese.

This version is the most complete ever published.

Anyone who delves into the game will find one of the funniest relationship systems, plus a storyline that keeps the player trapped from start to finish. Desperados III

Another classic PC franchise that got lost in limbo. Desperados 3 is a big surprise for fans of the series and games like Commandos. The game features beautiful 3D graphics and much larger scenes than previous games to explore classic locations like the Colorado Mountains, the Mexico Deserts, and the dangerous Louisiana Marshes.

See the genesis of John Cooper firsthand in Desperados 3. Other characters in the roster are:

If these highlights aren’t enough, you can still enjoy games like SpongeBob SquarePants: Battle for Bikini Bottom – Rehydrated and West of the Dead. There will be plenty of ways to play on PC in June 2020!