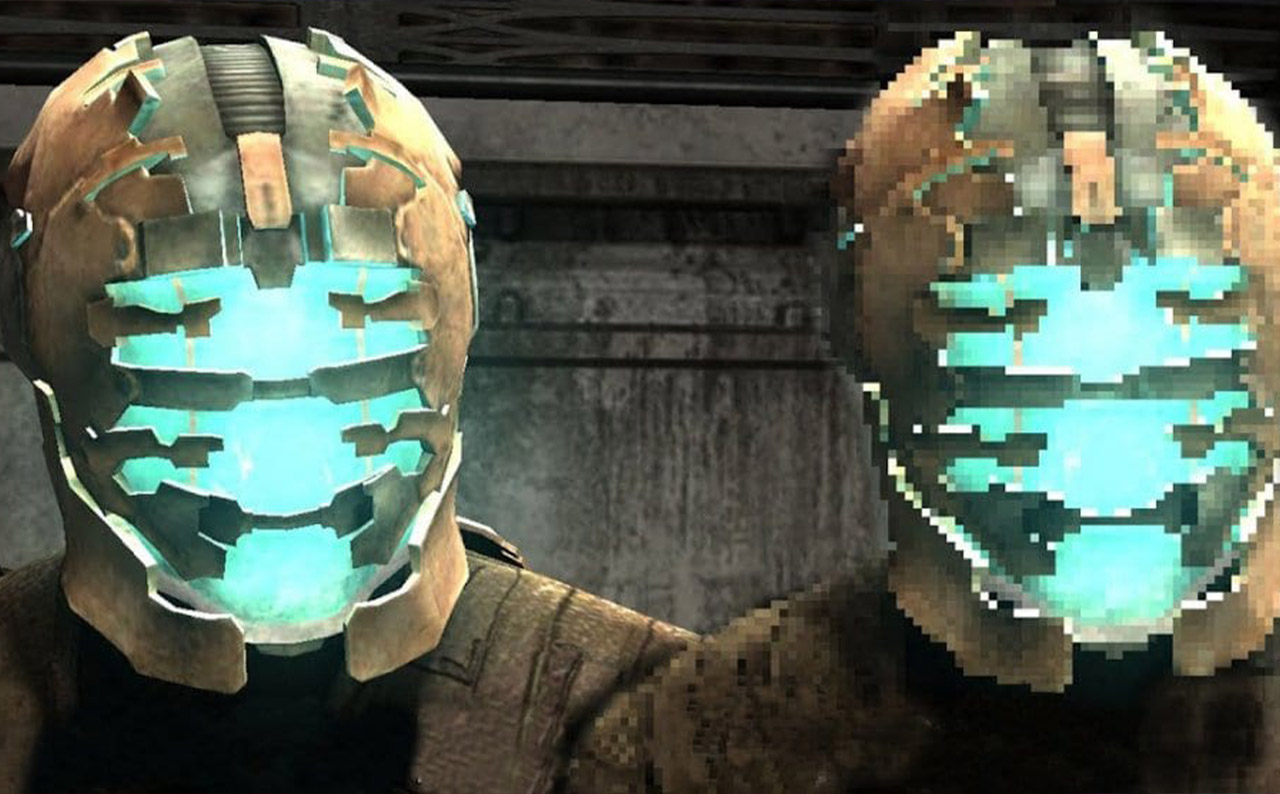 Anti-aliasing (AA) is one of the most common graphics settings in modern games like Valorant, Call of Duty: Warzone, and Fortnite. Compatible with graphics cards from AMD, NVIDIA and Intel, anti-aliasing significantly improves the image quality of games and creates smooth transitions between polygons and their edges.

Next, we explain in detail what anti-aliasing (AA) means, why this technology is so important today, what are its main applications and what are its positive and negative effects on games.

Where do the jagged edges in games come from?

Whether on a smartphone or PC, our screens are made up of millions of pixels, small squares that change color to form the images we see. For example, Full HD monitors have 1920 pixels on the horizontal axis by 1080 on the vertical axis, for a total of 2,073,600 points across the entire screen surface.

Although they are small, they can still be perceived by our eyes, especially in 3D objects with high contrast and curves or at angles that deviate from the natural orientation of the pixel grid, e.g. 45°. The result is a kind of ladder effect or spikes. In English this is called aliasing.

Check out the example below from the game Dead Space:

Pay special attention to the regions around Isaac’s helmet and the arms of the creature in front of him. The effect becomes clearer as we zoom in on the image. Look at the “teeth” of the saw:

The screen pixels even try to draw the line as accurately as possible, but our eyes clearly perceive the seams. Aliasing can occur with different types of objects in a game. This is most common at the outer edges of the polygon, creating what is known as outer edge aliasing.

Due to the nature of screens, aliasing is an effect that also occurs in 2D images. Digital artists and designers suffer greatly from this problem when using straight lines without any treatment. For this reason, programs of the likes of Photoshop allow you to configure the anti-aliasing application in real time.

Here is an example of the problem in a 2D image:

What is Anti-Aliasing (AA)

Anti-aliasing is the name for all techniques that aim to reduce this aliasing effect in images. Typically, anti-aliasing techniques take a set of sub-pixel samples from the image and compare them to get an average between the target pixel’s color and illumination values.

As shown above, aliasing can occur not only at the edges of polygons, but also when moving high-resolution textures, which is common in games like The Witcher 3. Due to the variety of scenarios in which the problem can occur, there are several different methods of anti-aliasing.

Older forms of anti-aliasing exclusively used what is known as supersampling, a process in which the card renders the scene with two, four or even eight times the resolution of the monitor, collects the pixel data and generates a new image in good time. sent to the monitor.

The result of this treatment is anti-aliased gradient images that omit aliasing and present a much better impression to the player’s eyes.

The cost of enabling anti-aliasing in your games

With all this pixel comparison work and rendering the scenes at higher resolutions, anti-aliasing usually causes a very high computational load on your graphics card. Some of the more accurate methods consume large amounts of VRAM memory and can simply degrade GPU performance.

In modern games, the scenario gets even worse. Because the number of polygons and particles to be processed only increases with each generation. Almost all effects in games like Doom light up areas around them and create aliasing in textures and the rest of the scenery.

What are the main anti-aliasing methods?

Image processing technique that detects multiple points around an area (even if they are invisible to us) and generates a resulting pixel by comparing them, greatly improving image quality.

Depending on the selected sample volume, it has a significant impact on performance, but generates an excellent gain in image quality, especially with resolutions such as Full HD. Unfortunately, since it is more oriented towards polygons and their edges, it cannot handle problems with motion jagged textures.

A type of anti-aliasing based on an image post-processing algorithm. It runs after the video card has rendered the scene to be edited. It works fast as it only focuses on detecting the edges of polygons and the textures surrounding them.

Unfortunately, while FXAA is fast, it tends to produce blurry images, especially when the game has fast motion. Many people prefer not to apply the effect so as not to lose the sharpness of the image, especially in competitive games that require pixel aiming.

Another AA class working in the post-image step. SMAA is slightly better than FXAA as it adds sub-pixel sampling to the equation and makes a more accurate comparison between rendered frames.

Despite this, the technique has problems with very fast movements and its computational burden becomes disadvantageous for those who do not have such powerful GPUs.

TXAA, one of the newest forms of anti-aliasing, addresses the problem of motion between scenes by performing frame interpolation to greatly improve the sense of motion.

It can be combined with other techniques like MSAA to create cleaner images. However, depending on the usage scenario, it causes objects to be too blurry in some parts of the game.

Is there a definitive cure for jagged edges?

Now that you know what anti-aliasing is and how it works, you might be wondering: is there a perfect method? Companies like NVIDIA and AMD continue to explore solutions that improve gamers’ lives with their existing devices and monitors.

Companies like NVIDIA and AMD continue to look for solutions that improve gamers’ lives.

Due to the nature of the problem, very high resolution screens such as B. 4K models, the “perfect” solution to eliminate aliasing. Then for the time being there is the question of the cost of the equipment and the computing power required for graphics cards.

Even extremely powerful models like the GeForce RTX 2080ti cannot run all games in 4K with more than 60 fps. Although not perfect, anti-aliasing methods will have their place at least for the next few years.