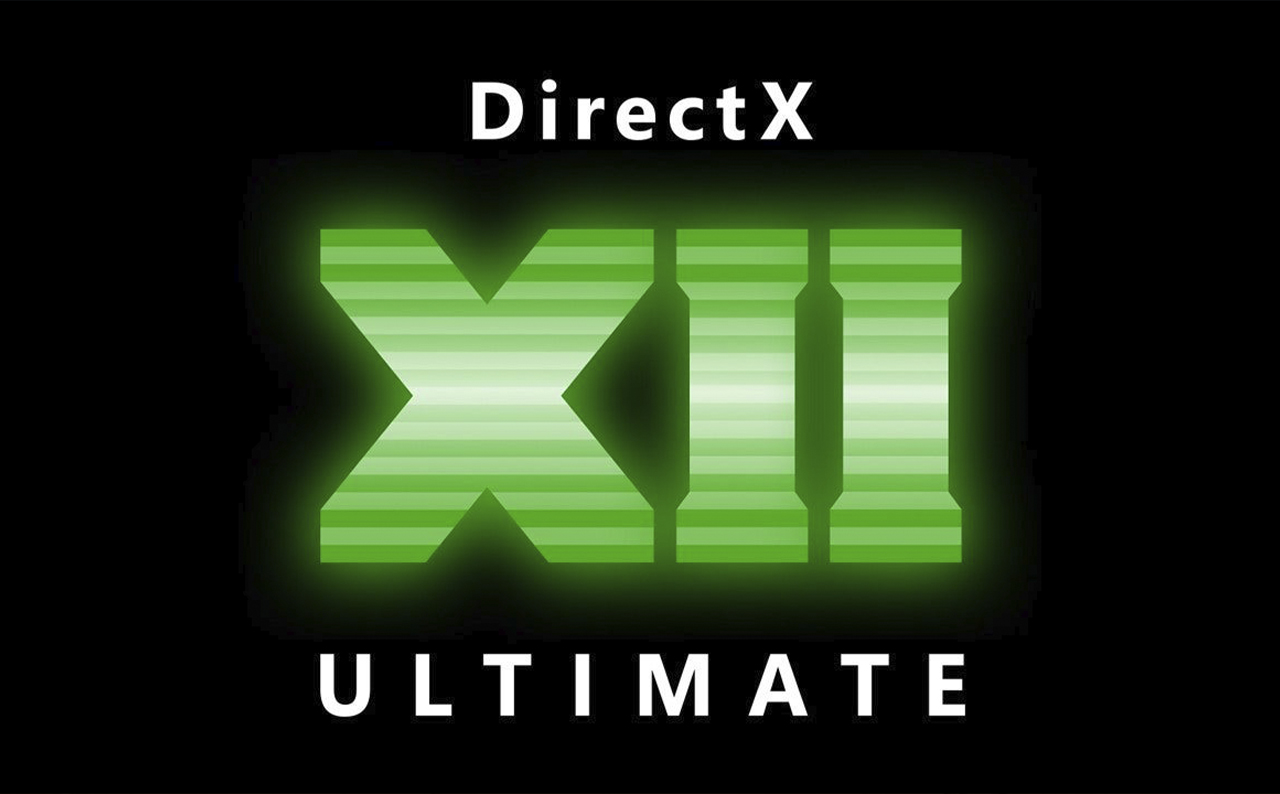 DirectX 12 Ultimate is coming. The new graphics technology developed by Microsoft promises to become the industry standard for next-generation PC and Xbox games. With new tools for developers and users, DX12 Ultimate has everything you need to provide even more beautiful graphics in games and more power for your computer.

DirectX 12 Ultimate technology is now officially supported by NVIDIA in its GeForce RTX series. Rival AMD, which makes the processors and graphics chips for the new PlayStation 5 and Xbox Series X, has also announced that it will fully support the new version of the API created by Microsoft.

What is DirectX 12 Ultimate?

If you enjoy gaming on your computer, you’ve probably heard of Microsoft’s DirectX technology. DirectX is a set of graphical APIs, a type of connection between your games, the graphics card, and the other hardware components of your computer.

DirectX is a set of graphical APIs.

You can think of DirectX as an enabler. It acts as a program capable of translating and organizing all of the commands passed between the GPU, CPU, RAM, Windows and so many other parts that are involved in rendering your favorite games. We created a special article that explains how DirectX works. You can read more about it by clicking this link.

DirectX 12 Ultimate is the latest version of this API. Designed for maximum performance, the update provides native support for several modern graphics rendering technologies such as ray tracing and mesh shading. We’ll talk a little more about each of them below.

The most important news from DirectX 12 Ultimate

Ray tracing is definitely the new “wave” in the graphics technology market. This feature provides much more accurate and natural lighting in games by calculating the trajectory of a ray of light in the scene and its effects on each pixel in the image.

Ray tracing brings reflections, refractions and other fine details to life that were previously only emulated in games. The problem is the computational cost that NVIDIA (and soon AMD) is finally addressing. For this reason, ray tracing has so far been limited to pre-rendered sets and Hollywood blockbusters.

The problem is the computational cost required, which NVIDIA is finally addressing

If you don’t believe in the potential of ray tracing technology, check out the following video:

Variable rate shading is a technique that focuses the graphics card’s rendering performance on key points in the scene. Areas with less impact, such as similarly colored backgrounds, details further away or those that are in the edge areas of your field of view, receive fewer shader passes.

While the result is a degradation in graphics quality, the loss is barely noticeable as your attention is focused on other areas. And the remaining processing power is used to increase the GPU performance while running the game.

Games like Wolfenstein: Youngblood already use VRS to deliver more performance without noticeable loss of quality.

If you’ve been playing for a long time, you’ve likely encountered the problem of pop-ins, objects that appear “out of nowhere” on the screen or switch between an inferior and high-quality model all of a sudden as you approach.

This is because these objects require a lot of computational effort if they are all displayed in maximum quality. For each of these elements, the developers then fall back on geometric levels of detail (LOD) to save GPU processing. 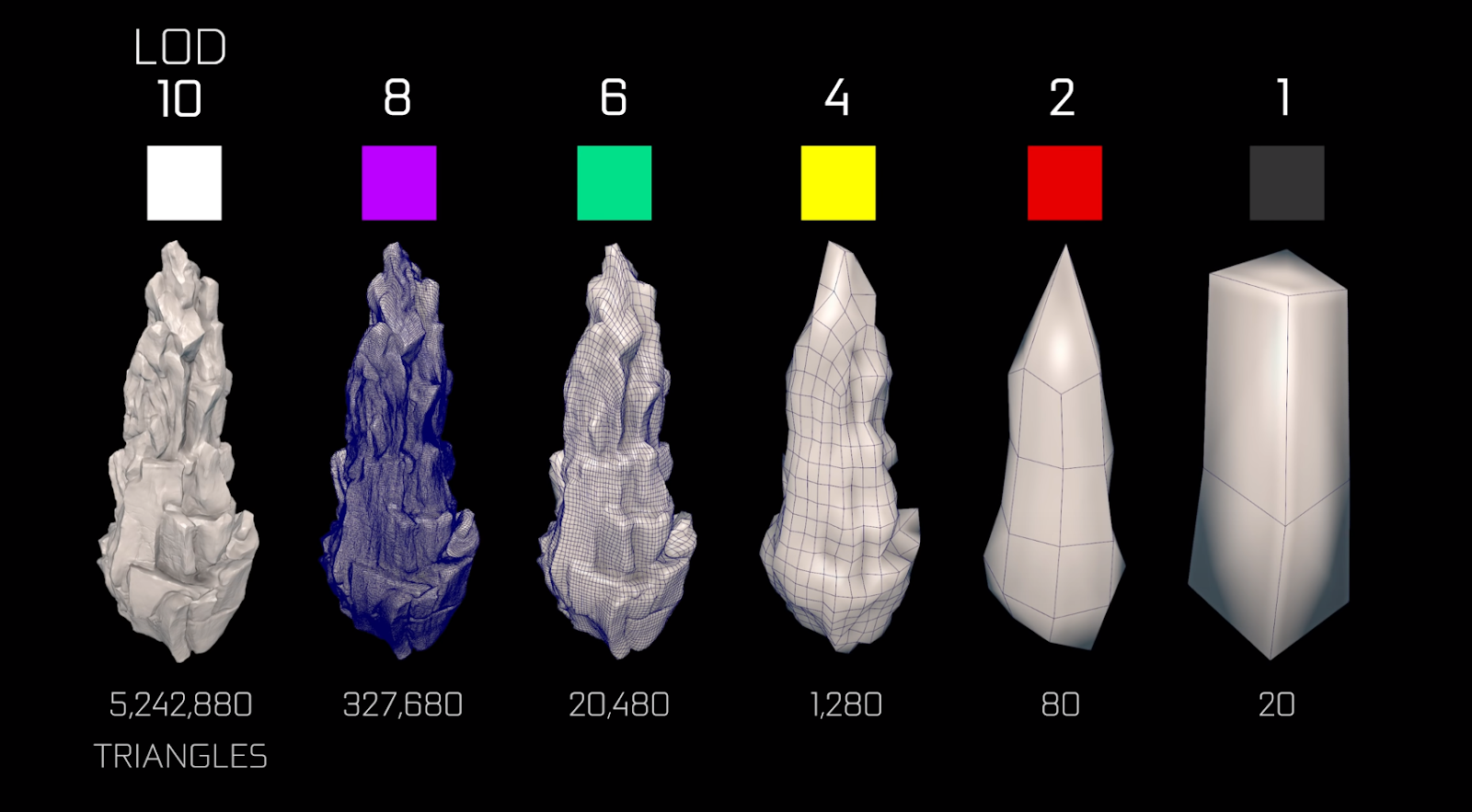 One of DirectX 12’s innovations to work around the problem is Mesh Shading, a technique that puts the graphics card in control so it more intelligently defines the levels of detail in each section of the scene, with an emphasis on element triangles closer to storing elements that are far away or invisible .

This migration to the GPU avoids draw calls, operations that ask the processor (CPU) how many objects should be rendered in the scene. Frame by frame, this process creates a lot of work and reduces game performance. Since the GPU does the job, the processor helps with other routines, resulting in more performance and FPS.

In the demonstration below, NVIDIA used mesh shading in a complex spatial environment. There were 350,000 asteroids, each made up of 10 million triangles. In this particular rendering, only those polygons were prioritized that really make a difference in the scene:

Sampler feedback, the secret of textures

At the end of the news round we have the feedback sampler. This developer-oriented technology improves the texture loading process and optimizes streaming especially in large scenarios. The result tends to be less loading times and fewer pop-in effects.

The direct benefits of DirectX 12 Ultimate for games

As a gamer, the first thing you can expect from DirectX 12 Ultimate is better optimized games that make better use of your graphics card’s resources. There are several improvements in terms of GPU usage, memory and processing management.

The latest Windows update even introduced hardware accelerated GPU scheduling. With this feature, the graphics card can manage its own memory more independently without having to resort to Windows.

This lowers the rendering latency, which leads to increased performance.

In addition, features like mesh shading and native support for ray tracing will encourage more and more developers to apply the techniques to their games. You can bet on many games with stunning graphics for the coming months.

Would you like to learn a little more about DirectX? Then read our full article on the matter by clicking this link. Take advantage of it and also learn about Vulkan, a competing API that provides more power for your board and flexibility for developers.