While Nintendo continues to have absurd success with its Pokémon games for Nintendo Switch, Android, and iOS, PC gamers are ending up running out of a game in the franchise to enjoy. But that will change with the arrival of Temtem, a GameFreak-style MMO to satisfy your appetite for monster duels!

The project started with fan support on Kickstarter and is now available in trial mode (Early Access) via Steam. The developer responsible is Crema Games, a young company that already has games like Immortal Redneck on its resume. Let’s learn more about the monster capture RPG Temtem?

What is Temtem, the new Pokémon-style MMO for PC?

As said, Temtem is a complete Pokémon-style MMO. It uses many of the concepts and ideas developed by Game Freak to further expand the possibilities of the Nintendo franchise. The game takes place in the Airborne Archipelago, a place with beautiful landscapes for you to explore.

It uses many of the concepts and ideas developed by Game Freak to further expand the possibilities of the Nintendo franchise.

Players are faced with a full campaign, complete with story mode. So far there are six islands for you to explore while capturing the most diverse creatures in the universe. At the moment, 76 of the Temtem can be captured, for a total of 81. The final version predicts over 161 of these creatures.

As in any game with a story, here we have the villains: the villains of Clan Belsoto. It’s a direct reference to the evils of Pokémon and the famous Team Rocket.

A whole world full of Pokémon, but now online!

The big difference between Temtem and Pokémon is that it’s entirely online. Creators from all over the world can interact and join battles together and compete for the title of best trainer. You can chat, make friends, or go straight into battle.

Creators from all over the world can interact and join the fight together.

That’s why it’s an MMO (Massive Multiplayer Online) with an ever-changing universe. Another option is to swap items or even join other trainers in co-op (cooperative mode).

The Evolution of Pokémon Battle…or Temtem!

One of Temtem’s greatest strengths is combat. Here, each player controls their animals simultaneously in 2v2 battles, which requires a lot more strategy. Not only does it test the thinking skills of Temtem creators, but it also encourages interaction between your team of creatures. Combine two complementary types of Temtem to attack your opponent with devastating streaks or build a rock-solid defense.

Another highlight of the game is the online co-op mode. If you invite a friend to play, they each control their own Temtem, each of which can use up to 3 of these creatures.

Competitive is also the strength of Temtem

Temtem even goes a step further than competing games when it comes to duels. There are two modes namely Casual and Competitive. In Casual, players fight fast and jump straight into battle with gear and Temtem already selected.

In competitive mode, everything changes. Here, players assemble their teams locally and go through a “pick and ban” phase, choosing and banning some of the game’s creatures based on the strategy they feel works best. It’s something similar to many games in other genres, such as Overwatch and Rainbow Six Siege.

Raise your little Temtem from babies

For those wanting to breed even more powerful Temtems, the answer lies in crossing specimens (a major change from Game Freak’s game). Puppies can inherit traits like temperament and attacks from their parents. In fact, some of the most powerful moves in the game can only be earned through this natural improvement process.

If you’re lucky, you’ll witness the birth of a Luma variant of your Temtem that comes into the world with even higher powers and stats.

One of the features programmed for the final version is called Housing. Each player can buy a house in the Atoll Row region and decorate it with all kinds of furniture to their liking. This includes tables, chairs, beds, TV shelves and more. 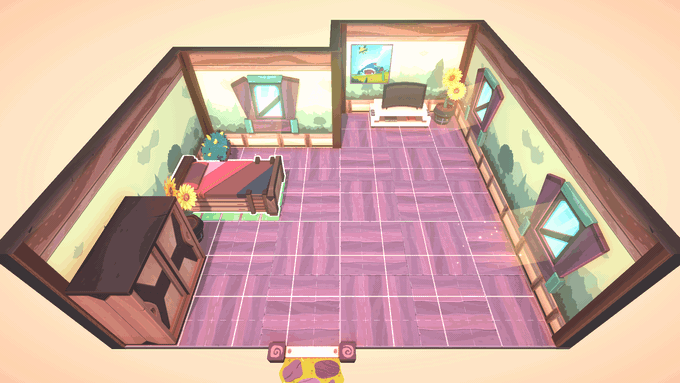 Your character can be customized from head to toe. Choose skin color, hairstyle, hair color and every piece of clothing. The most creative can dress up like professionals, elves, winged creatures and many other options. Everything is to your liking here. 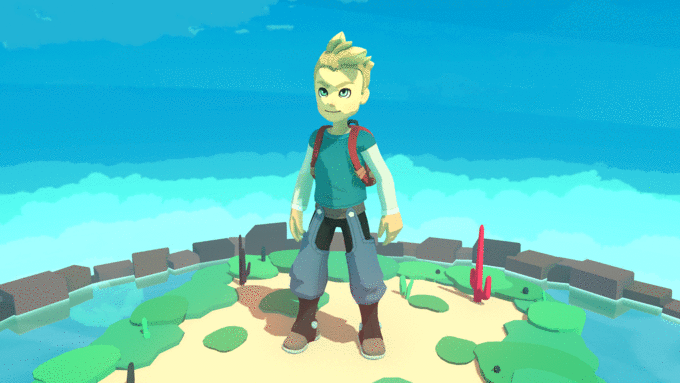 In the current phase, Temtem offers players three of the six islands set for the final release. According to the developers, it’s enough content for around 35 hours of gameplay.

According to the developers, it’s enough content for around 35 hours of gameplay.

There’s also a final island, a special place for those who complete everything the game has to offer, adding more challenge and replayability. This island is home to some of the most powerful beasts including some Luma types.

Now that you know pretty much everything about the game, it’s time to explore. Good luck to the new coaches.