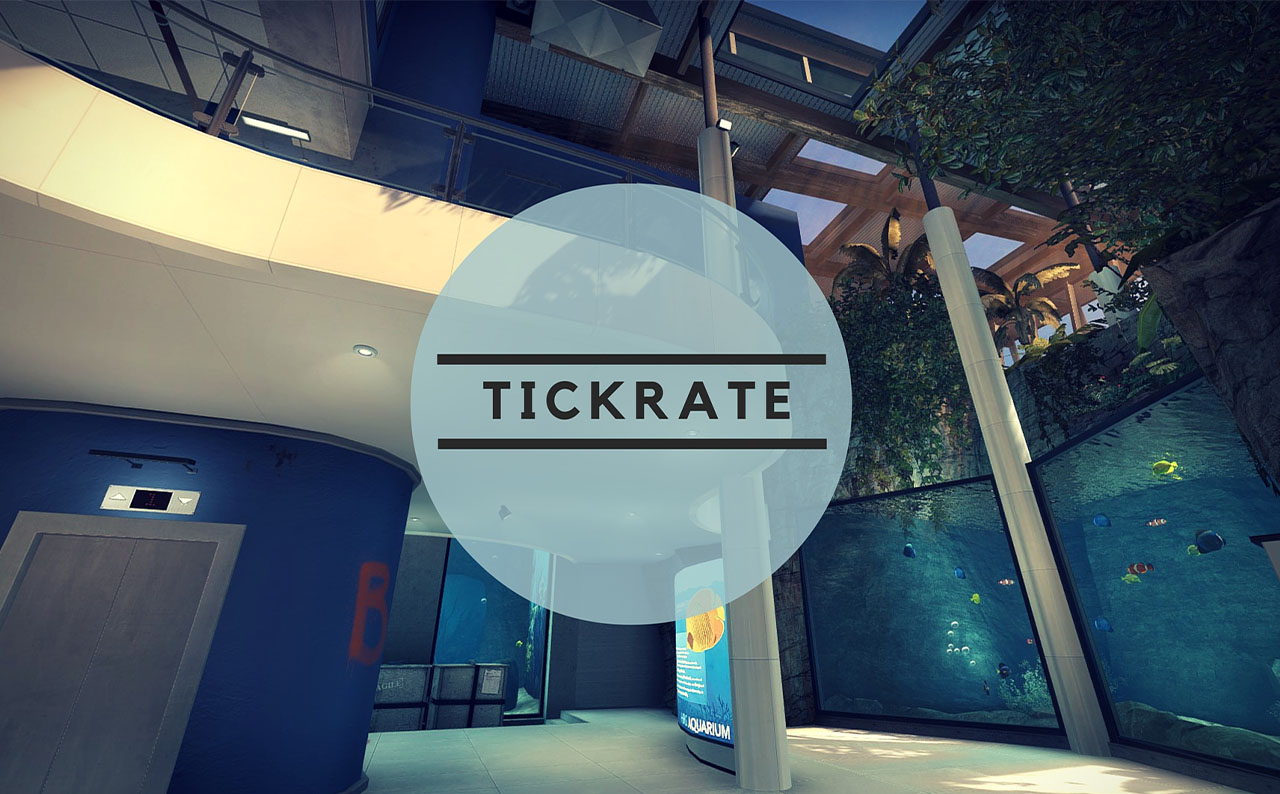 When playing online, most players only worry about the pinging of the connection and possible loss of packets with the game server. While these metrics are important, they’re not the only ones that will affect your gaming performance. Another less commented one is the tick rate (tick rate) of the servers. Today we are going to explain what this rate is and how it can make you very angry while gambling online.

We talk about the effects of a very low tick rate and also explain why it is not always your connection and your ISP that are to blame for showing up dead without seeing the enemy.

What is the tick rate of online game servers?

All online games have an infrastructure to accommodate players who connect to it. These are known as data servers, large computers that are optimized for the flow of data and constantly receive and send game packets between the player and the game.

These servers do a number of computations per second to record the players’ commands, shots, and other actions and send them the response instantly. The frequency with which they perform these operations is called the tick rate.

If we draw a simplified parallel with graphics cards, we can say that the tick rate has an effect similar to the game’s FPS rate, but on the connection part. In this way, the higher the tickrate value, the more accurate and faster it is to record information and respond to users, resulting in a better experience for the players.

How server tick rate can affect your performance

Imagine the following scenario: You have pointed the AWP exactly in the middle of Dust’s door. You will see the enemy’s head go by right under your crosshair. Then shoot and make sure you sent that headshot. To your surprise, the enemy is unharmed and you have to hide to reload.

This scenario is not only common in CS, but also in other games whose servers operate at a very low tick rate. Especially in moments of high movement, it is possible that the recording of your shot arrives late or the enemy seen is no longer at the point indicated.

The game servers and client on your PC will even try to compensate for these communication delays, but in many cases this is not enough, especially in scenarios where accuracy is a big concern.

Tickrate can make you visible to enemies even though you have already run for cover (Image: Battle (non) sense)

Too low a tick rate can also cause phenomena like kills “out of nowhere” which clearly show at replay time that an enemy is entering your field of view. This effect is known as the Peekers advantage, precisely because the moving player has the advantage in terms of reaction time over a standing player.

He literally sees his opponent first and has a few milliseconds ahead in the exchange of fire. Check out more about Peekers Advantage in the video below:

Finally, tick rates that are too low can affect gameplay and the game’s response to your commands. Jumps can fail, shots can fail at crucial moments … And then the anger grows!

To combat problems such as Peekers Advantage, crash and shot log errors and other situations in competitive online games, many new games are investing in native support with high tick rate rates.

This is the case with Valorant, which works with a tick rate of 128 on its competitive servers. In normal / competitive games, the operating rate of its servers is 64. This value is much higher than in other games, such as. B. CoD Warzone, whose servers work with around 20 tick rates.

This is the case with Valorant, which works with a tick rate of 128 in its competing servers.

Another recent example with a medium tick rate is Hyper Scape from Ubisoft. The game was announced with a tick rate of 60. In view of the futuristic theme and the extremely fast vertical movement, this is a minimum value that is necessary so that players do not become frustrated with their sniper shots from a great distance.

What is the ideal tick rate for a competitive FPS game?

The answer is: it depends. Given that many of today’s competitive games are running at over 120 frames per second (and we have monitors that can go up to 300 Hz), ideally servers would run above 120 tick rates to keep up with all other connections.

Unfortunately, this entails huge infrastructure costs for developers who cannot afford such a large amount of data. Games like Call of Duty: Modern Warfare and Warzone have millions of players around the world every day. For this reason, companies often save and reduce the tick rate, use less bandwidth and need less powerful servers.

When it comes to a semi-professional or professional setting, a tick rate of 128 is currently desirable. So it’s no wonder that many pro players pay for closed Counter-Strike servers to play at this tick rate. The result is a much closer match to headshots recorded at the pixel level, even as characters are moving in the scene.

Casually speaking, a tick rate of 30 is considered sufficient, but it does leave players exposed to much of the frustrations we have described so far, such as watching z on his screen.

The problem gets worse when we add low FPS rates, bad connections, V-Sync enabled with no Free or G-Sync, and 60 Hz monitors to the equation.

We must not forget that the tick rate cannot be analyzed in isolation. The latency compensation technologies used by the developers, the operating speed of the gaming customers and the Internet provider’s own connection capacity must also be taken into account.

Fortnite, for example, has a tick rate that varies between 18 and 30. Even so, it manages to provide players with less apparent lag due to several technologies implemented in Epic Games’ servers and in the Unreal Engine.