Free Fire has just received a new event: Redemption II. The novelty was recently unveiled by the developer Garena and brings a number of modifications of the Battle Royale that are available on Android-iOS smartphones and also on the PC via emulators. The main highlight is the addition of Carnage Points which can be used to redeem bonuses such as skins and other exclusive items available for a limited time.

If you want to improve your character, we’ll show you all the tips to collect Carnage Points faster and enjoy every second of Battle Royale. Then just go to the gang store and enjoy!

When you log into the game during the Redemption II event, players will have to choose which side they want to defend: Knights or Liberators. Everyone competes in a unique game mode and has to complete as many special missions as possible. These quests grant players so-called Carnage Points.

The two teams compete for the highest score in Redemption II. Both will receive prizes, but the winner will receive some extras as prizes.

In addition to the team tables, players from all over the world can also fight for the top of the individual ratings. The 100 players who collect the most Carnage Points during the event will receive four permanent skins from the M1014 Redemption series. 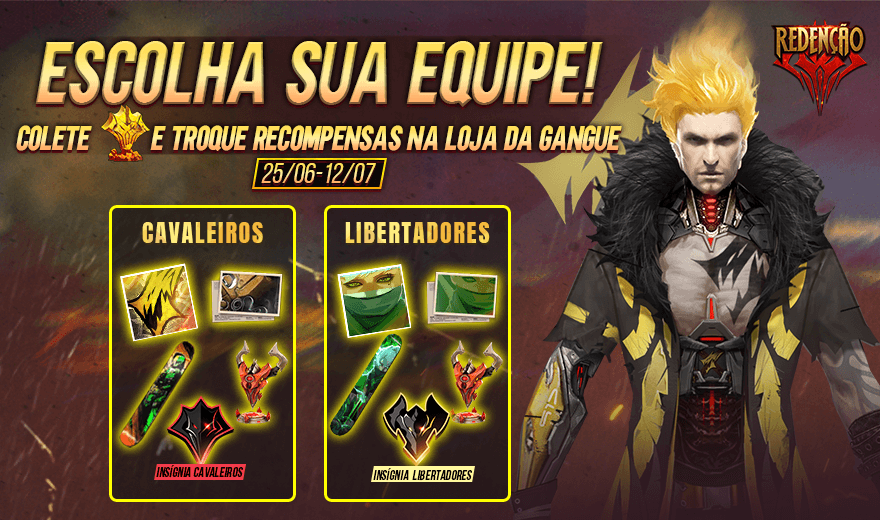 What are free Fire Carnage Points for?

Carnage Points are the digital currency used during the Redemption II event to purchase exclusive items such as skins and other character upgrades from the Gang Store. Purchased items are yours forever.

As soon as you have reached 50 Carnage points, a shop extension will open with new items and knight or liberator badges to decorate your Free Fire player profile.

One of the examples of skins available to both teams is Hungry Fire.

Each of the teams has access to unique items in the Gang Store. If you choose either side, you will lose access to the opponent’s items, so take a close look at the item options available.

Completing special quests that aren’t carnage earns characters in Free Fire. Whoever manages to collect all 9 stickers by June 12th will win the Machete da Redenção shown below. These stickers can be swapped with your friends, so go hunting to find the missing pieces for your album! 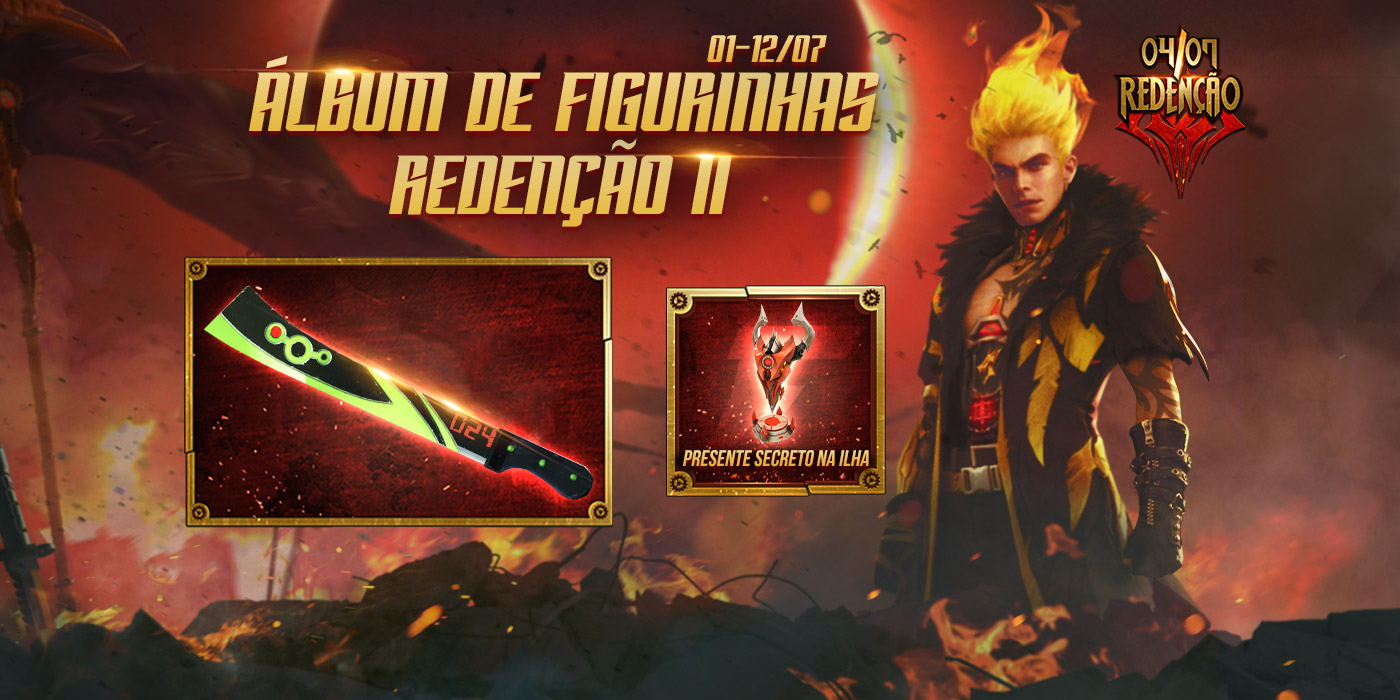 How to get more Carnage Points in Free Fire

To earn Carnage Points in Free Fire, players will have to complete a series of missions during the event. These missions are displayed on the game’s entry screen and reset daily so players can complete them every day. Aside from that:

On July 4th, the reward for completing the daily quest will be four times higher than normal, allowing players to earn up to 40 Carnage Points and 12 tokens for the daily quest alone.

Players can receive up to 40 Carnage Points and 12 Tokens for the daily quest only.

In addition, several players have reported that Classic or Ranked CS, Solo, and Duo modes are granting redemption tokens to players who manage to reach the top 10 in the game. This is one of the fastest ways to earn points and strive for a position in the top 100 of the event.

How long does the Free Fire Redemption II event last?

Garena’s Battle Royale Free Fire Redemption II event, launched on June 25th, will be available through July 12th. There are new freebies and quests for each day of Redemption II: The Revolt.

Players who log in between June 27th and July 9th will receive Login Joy, a daily bonus for opening the game and connecting to Garena’s servers. It’s a way to reward players for participating. 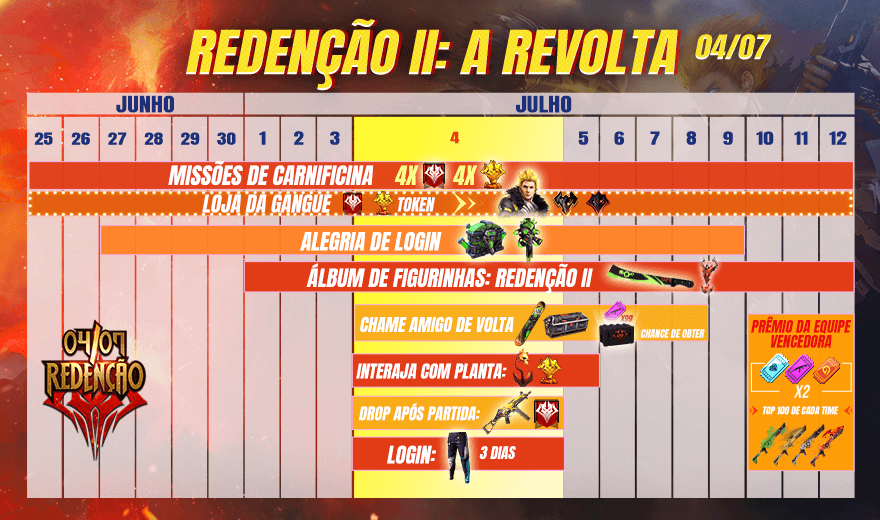